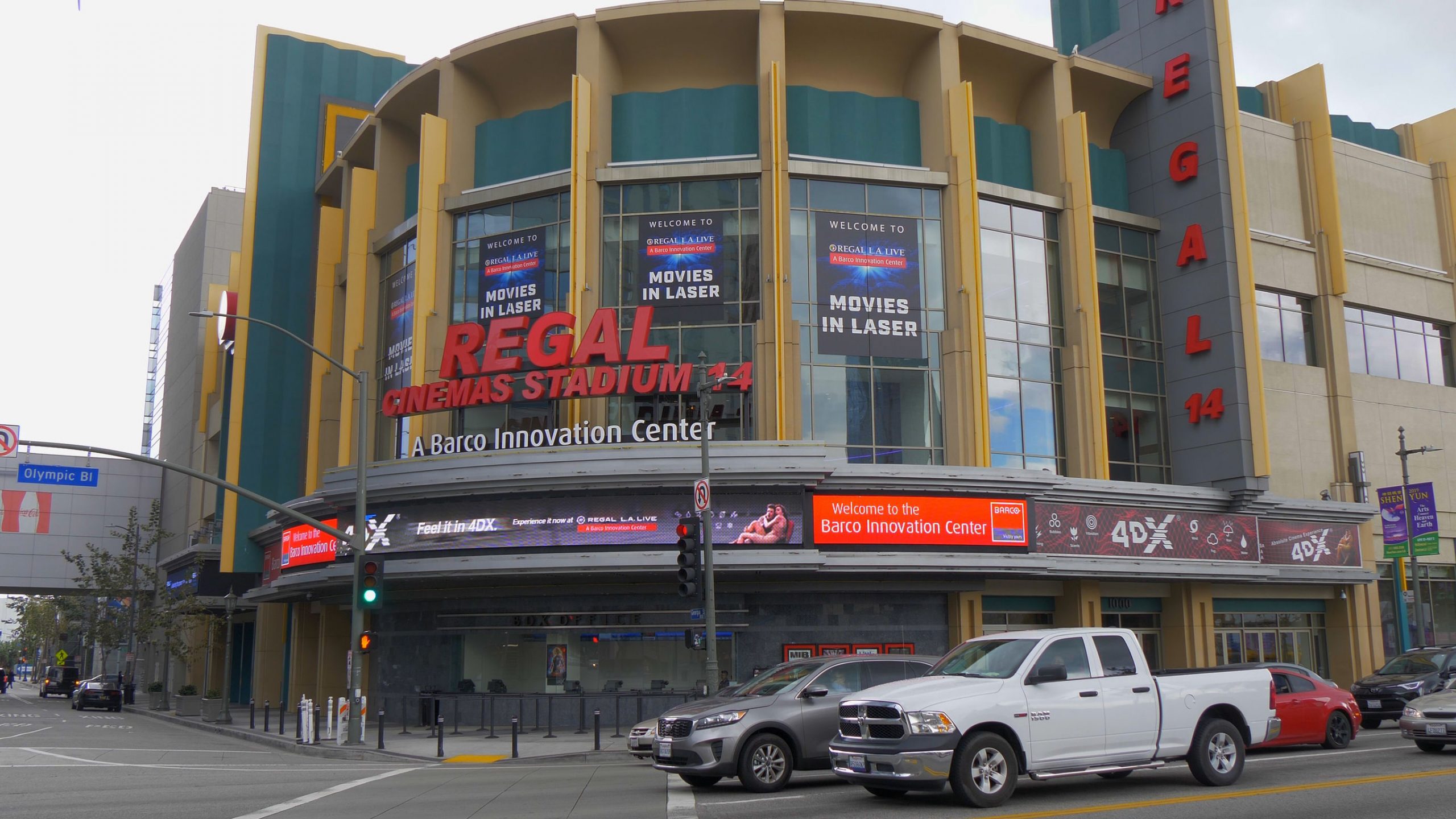 Apple made a change to its face mask emoji, giving the image a more upbeat look.

As spotted by Emojipedia, Apple has updated its face mask wearing emoji, known as “Face with Medical Mask,” with the release of its iOS 14.2 beta 2 this week. Instead of being a plain yellow with sad eyes that looks sick, the face mask wearing emoji in the new beta appears to be… happy. In fact, one could say that it’s sporting a familiar smile. 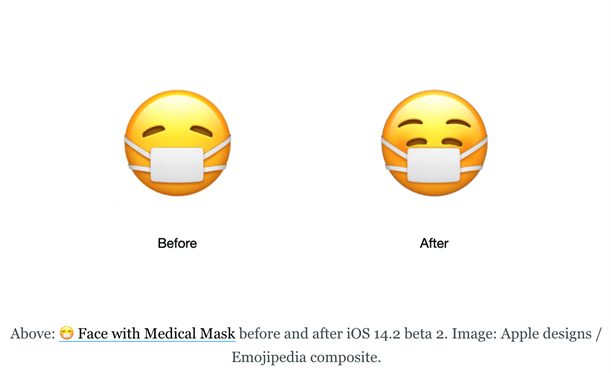 The move, even though minor, can highlight the importance of catering messages, images, videos and other content to your audiences’ psyches—especially if you hope to encourage them to act.

Cineworld to lay off 45,000 employees as it shuts its doors

The theater chain is closing its locations on Oct. 8—536 Regal Theaters in the United States and 127 locations in the United Kingdom—which will affect 45,000 employees. The decision was made following MGM and Universal delaying the latest “James Bond” installment, “No Time To Die.” The film was originally delayed until November, but will now be released on April 2, 2021.

Cineworld confirms it is temporarily closing all its UK ad US cinemas.
Mooky Greidinger, CEO of #Cineworld, commented: "This is not a decision we made lightly, and we did everything in our power to support safe and sustainable reopenings in all of our markets…”#COVID19

The company’s official statement reads: “Cineworld confirms that it will be temporarily suspending operations at all of its 536 Regal theatres in the US and its 127 Cineworld and Picturehouse theatres in the UK from Thursday 8 October 2020.

“As major US markets, mainly New York, remained closed and without guidance on reopening timing, studios have been reluctant to release their pipeline of new films.

“In turn, without these new releases, Cineworld cannot provide customers in both the US and the UK – the company’s primary markets – with the breadth of strong commercial films necessary for them to consider coming back to theatres against the backdrop of COVID-19.”

Though reporters have official statements confirming the closures, the company’s Twitter profile only shared this message:

We can confirm we are considering the temporary closure of our U.K. and US cinemas, but a final decision has not yet been reached. Once a decision has been made we will update all staff and customers as soon as we can.

Why it’s important: Consumers are criticizing the theater chain for not telling its employees about closing plans until the news broke headlines. If you’re in a similar situation, don’t let your workforce find out about business realignments this way. Instead, communicate with them often and transparently. Doing so can instill confidence and trust, along with helping bolster your brand’s reputation.

Twitter confirmed its working on a feature called “Birdwatch,” which offers users the opportunity to weigh in on potentially misleading tweets. The tool could help the social media platform cut down on misinformation and fake news by crowdsourcing feedback:

obviously the middle one should’ve been captioned “(2/2)”

gosh i was in such a rush tweeting that out, it’s too late 🥲

The move comes as misinformation grows, as well as harassing and toxic tweets, the spread of which Twitter is continuing to battle. On Oct. 3, Twitter announced it would delete any tweets wishing or hoping harm or death upon President Donald Trump, who was admitted to the hospital after testing positive for COVID-19.

tweets that wish or hope for death, serious bodily harm or fatal disease against *anyone* are not allowed and will need to be removed. this does not automatically mean suspension. https://t.co/lQ8wWGL2y0 https://t.co/P2vGfUeUQf

After criticism that the social platform didn’t enforce this policy for threats issued to other users, the company agreed that it “must do better” and promised it’s “working together inside” on the effort:

Yesterday we reiterated we have a policy on wishes of harm that applies to everyone, including elected officials. https://t.co/gckzUAV8GL

We've taken significant steps to address Tweets that violate our policies on abuse without people having to report it, with more than 50% being caught through automated systems.

We appreciate the open and direct feedback we're getting, and we will respond to it through further action.

Fractl and BuzzSumo recently looked at media coverage across 10 publishers spanning the last year, revealing the most prevelant emotion averaged across news media outlets was anger (35%) with love taking second place (22%), followed by sadness (18%) and humor (17%).

However, each publication had its own prevailing tone, such as Buzzfeed’s focus on stories that make its readers laugh or Bustle overwhelming publishing articles that spark feelings of love: 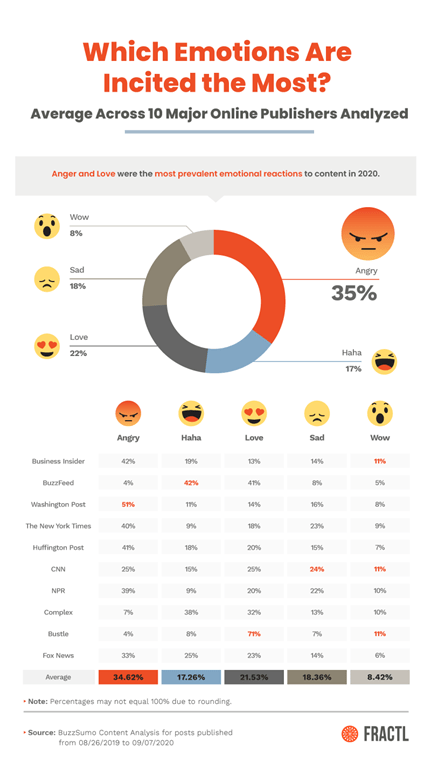 “Knowing the tone of each publisher you’re pitching content to can be integral in earning top-tier PR coverage for your clients,” Fractl wrote in its report.

The company is streamlining its offerings amid COVID-19, which includes discontinuing Zico coconut water. Coke might also drop its Diet Coke Feisty Cherry soda, along with its Northern Neck Ginger Ale, Delaware Punch and Coke Life.

The decision to discontinue Zico by the end of the year “comes at a time when we are hyper focused on delivering on our consumers’ wants and needs,” a Coke spokeswoman said. The company is winnowing down its brands to ones that can achieve a large scale, she said.

… The beverage company has 500 fully or partially owned brands around the world and last month said it is aiming to cut that number by more than half. The effort is part of a broader restructuring spurred by the coronavirus crisis that includes layoffs and a revamped marketing strategy.

Why it’s important: As the COVID-19 crisis continues, organizations across industries will continue to announce new or changed business models, closures and discontinuations as they seek to stay afloat and look ahead to the next 12 months. These changes might also include realignments and layoffs. Along with communiciating these upcoming changes early with both employees and investors, put your organization’s best foot forward by sharing a few consumer behaviors that support your new direction.

Celebrating the rich diversity and culture of our Hispanic/Latino/Latinx colleagues and communities this month.

The tweet checks off a list of best practices with diversity and inclusion. It amplifies the voice of one of its diverse employees and uses several hashtags—both in English and in Spanish—to increase the message’s reach. The link shared in the tweet also directs readers to the diversity and inclusion page within Pfizer’s careers website, where additional efforts are listed and linked: 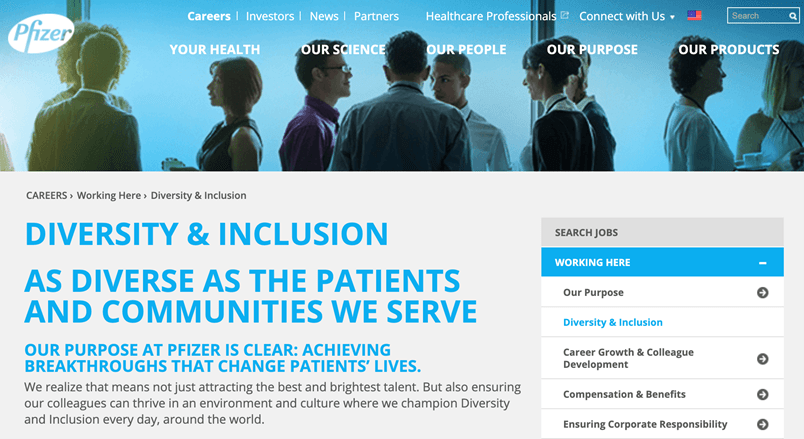 Many communicators are working from home during COVID-19, and no matter your set up—a standing desk, card table or kitchen counter—you can select office accessories and supplies to add your personality to your working space while increasing focus and productivity.

Check out these items:

Do you have a digital newsroom or corporate blog for updates and storytelling efforts?

Do you have a digital newsroom or corporate blog for updates and storytelling efforts?

Show off your efforts below and we'll share in tomorrow's #DailyScoop.