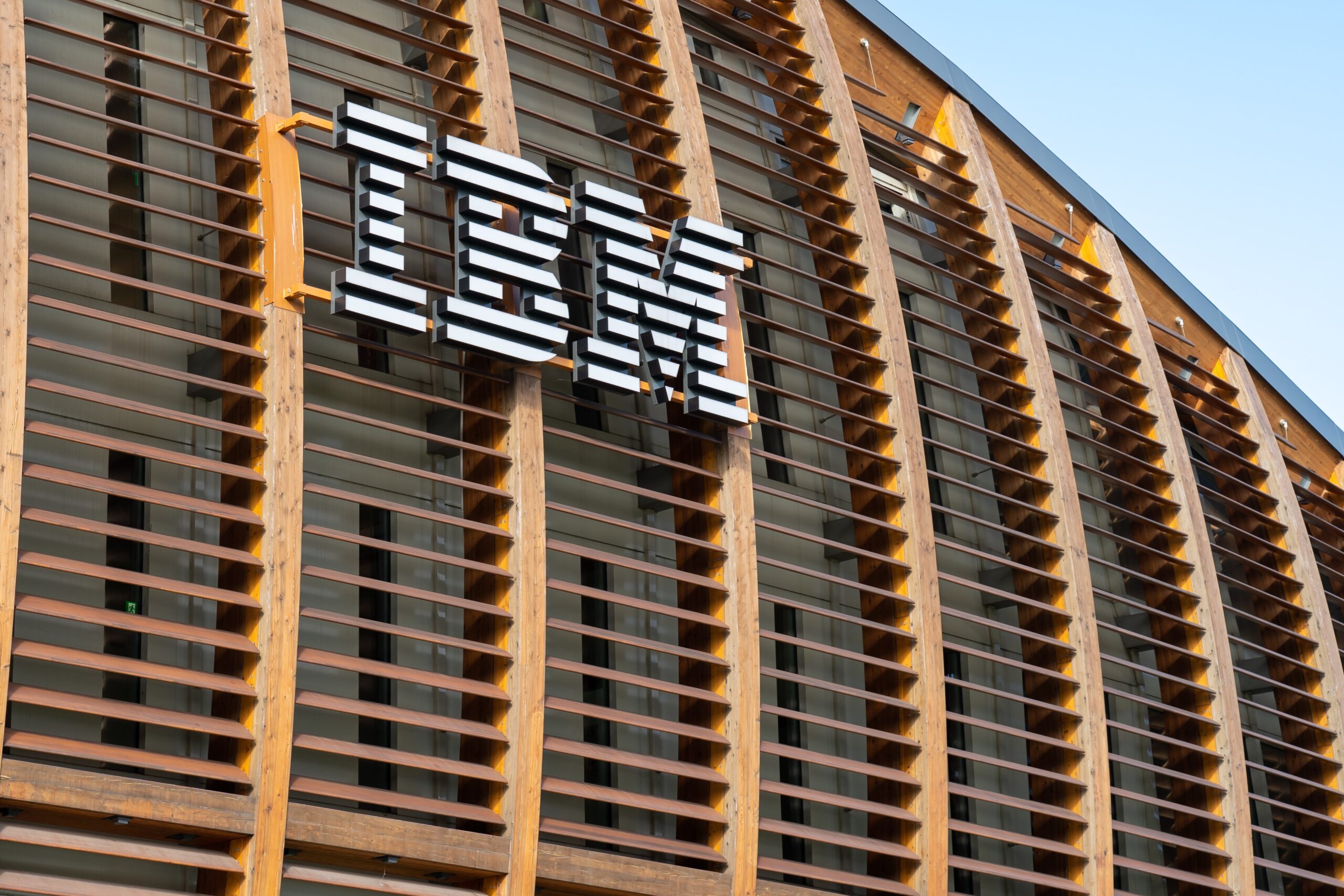 Today is a big day for couples, greeting card companies and romantic Italian restaurants around the world. But if you’re single and feeling blue this Valentine’s Day, Wingstop wants you to know that it’s okay to go…boneless.

The fast-casual chicken joint’s cheeky V-Day campaign encourages customers to get out of bed and into a Wingstop, offering boneless wings for $0.70 and “thigh bites” for $4.49. 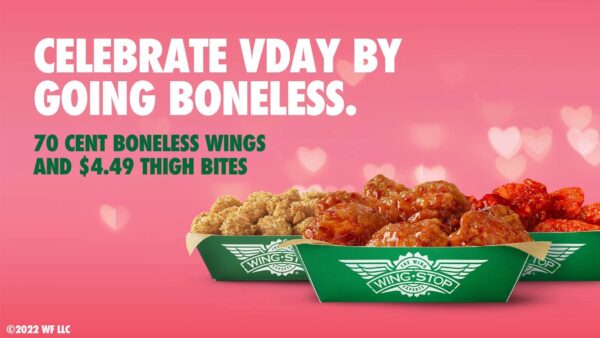 “Our fans are at the center of everything we do and this year we wanted to honor our single fans with a spicy offering,” said Wingstop’s Chief Growth Officer Marisa Carona. “There’s so much to celebrate about going boneless on Valentine’s Day, like the chance to stay in, kick back and dig into some flavorful food. Wingstop is about more than a meal, it’s a flavor experience that will bring the heat to any boneless evening.”

To best reach its target audience, Wingstop is promoting the deal with in-app ads on Tinder.

Hundreds of IBM workers are suing the technology company for age discrimination, claiming that execs dubbed older employees “dinobabies” and discussed ways to force them out.

According to reporting by Bloomberg, a court filing in the case alleges that multiple high-level IBM officials were involved in an email conversation that included speculation about how to “accelerate change by inviting the ‘dinobabies’ (new species) to leave” and frustration over the the lack of younger employees at IBM.

From the Los Angeles Times:

An IBM spokesperson said in a statement that the company never engaged in systematic age discrimination and it terminated employees because of changing business conditions, not because of their age. In 2020, the median age of IBM’s U.S. workforce was 48, the same as it was in 2010, according to the statement.

The spokesperson also said the language cited in the emails “is not consistent with the respect IBM has for its employees and as the facts clearly show, it does not reflect company practices or policies.”

Why it matters: Discriminatory hiring (or firing) practices are an easy way to sink your company’s reputation—among customers, clients and potential employees alike. IBM’s statement is an effort to separate the company’s values from the behavior of individual employees.

In a situation where hundreds of former employees are claiming that an organization’s C-suite is behaving badly, however, it may be necessary to take it one step further than a statement and show thoughtful action to counter a damaging narrative.

New poll results from Morning Consult show more than 60% of Americans believe that the benefits provided to customers by major tech companies aren’t worth the cost associated with the industry’s increasing power. 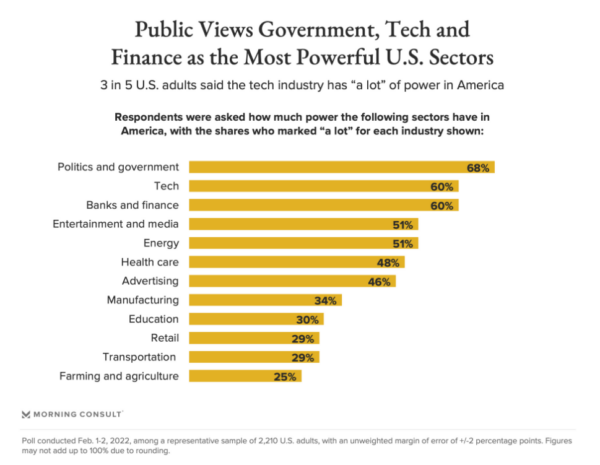 The same poll found that people view the tech industry as second only to politics and government in terms of power in the United States.

With the acknowledgement of that power comes the desire for oversight of the tech industry—nearly 2 in 5 poll respondents said the government should regulate technology companies more than it currently does.

Check out more from the Morning Consult poll here.

Crypto exchange platforms had their proverbial day in the sun on a sultry February day in Los Angeles during the Super Bowl LVI. Coinbase arguably walked away with the most talked-about ad of the night, garnering more than 600 mentions and retweets per minute at the peak of discussion about the crypto platform on Twitter.

The company’s 60-second commercial featured a QR code bouncing around a black screen, reminiscent of older computer screensavers (and yes, it did hit the corner perfectly at the end of the ad.) People who scanned the code were redirected to Coinbase’s promotional website, with information about a limited-time Bitcoin investment offer.

The mystery of the QR code piqued the interest of many viewers—so many, in fact, that the Coinbase website momentarily crashed.

Oh wow that was more popular than we expected, but don’t worry … we’re all still going to make it! Check your emails if you had a problem and sign up/see terms for our $15 BTC giveaway here → https://t.co/fKHisXZJJc #WAGMI pic.twitter.com/ie7VXPS2xy

And as The Verge reports, other brands took notice:

Other companies, like Meta, were quick to jump onto Coinbase’s bit. Shortly after Coinbase’s ad debut, Meta’s Quest account tweeted its own bouncing QR code that linked out to the company’s Foo Fighters-led VR afterparty it has planned for after the game.

What do you think? Was the popularity of Coinbase’s ad negated by its nearly immediate tech troubles? Or do the Twitter analytics speak for themselves? Share your thoughts with us on Twitter using the hashtag #DailyScoop.