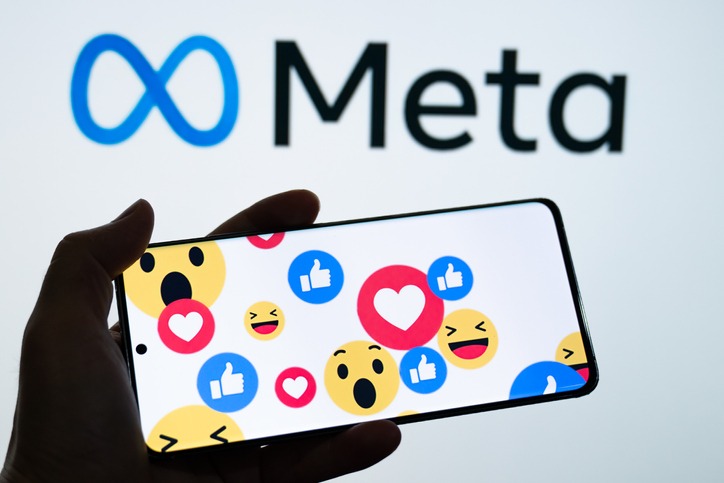 The “They Gave Us Game” campaign teams up with The Negro Leagues Museum, Black Fives and the Harlem Globetrotters to produce an exclusive line of jerseys, hats and shorts inspired by iconic Black players from each organization.

Lids is proud to announce three new collections, created in partnership with the @NLBMuseumKC, The @BlackFives, and the Original @Globies. pic.twitter.com/YrNphVyuoO

“Lids is proud to partner with these historical properties that not only changed the course of American history but continue to make an immediate impact in sports today,” said Lawrence Berger, Chairman at FanzzLids Holdings and Partner at Ames Watson, the holding company of Lids. “This initiative is a monumental moment for Lids and these leagues as customers from all over the country will be able to properly support and celebrate these leagues year-round the way it deserves to be.”

The state of Texas has slapped social media giant Meta with a lawsuit alleging the company mishandled the collection and destruction of facial recognition data of Texas citizens.

Texas Attorney General Ken Paxton’s suit claims Meta violated state privacy laws and “should be responsible for billions of dollars in damages” due to the company collecting facial recognition data without user consent, sharing that data with third parties and failing to destroy it “in a timely manner.”

“The scope of Facebook’s misconduct is staggering,” the complaint, as reported by NPR, reads. “Facebook repeatedly captured Texans’ biometric identifiers without their consent not hundreds, or thousands, or millions of times—but billions of times, all in violation of CUBI and the DTPA.”

A Meta spokesperson told NPR “these claims are without merit and we will defend ourselves vigorously.” The company shut down its facial recognition feature in November after a decade in operation. In a blog post announcing the decision, Jerome Pesenti, vice president of Artificial Intelligence, wrote that Facebook needed “to weigh the positive use cases for facial recognition against growing societal concerns, especially as regulators have yet to provide clear rules.”

The company also said then it would delete the data it held on more than one billion users.

Why it matters: Recent polling data shows that consumers are increasingly worried about the power tech companies wield in the U.S. This isn’t Meta’s first brush with the law over data privacy concerns, and it likely won’t be the last. Organizations should view Meta’s high-profile struggles with data privacy as a warning; every organization should be prepared to defend how it stores and protects the data it collects.

A new Pew Research Center Survey shows Black Americans cite the media as one of the most popular sources of information about the history of Black people in the United States, second only to “friends and family.” 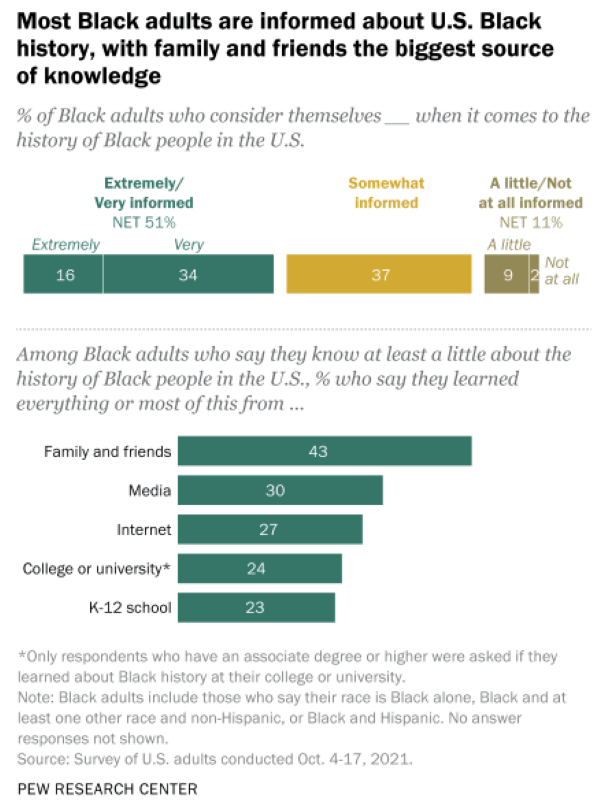 More than half of adults who solely identify as Black say they are very or extremely informed about Black history in the United States. Thirty percent of those who said they knew at least a little about Black U.S. history cited the media as their primary source of information.

PR and comms pros, this is a chance to look at the way your organization speaks to and about Black Americans. Often, companies use Black History Month as a way to temporarily diversify their outreach and messaging, only to return to “business as usual” once February comes to an end. Now more than ever, people want companies to take a stand on the social issues that matter to them.

Check out more from the Pew Research Center survey here.

Media companies often use Twitter to post their job openings, and it’s not uncommon to see a slew of affinity groups tagged in an adjacent tweet. Newsrooms are being called on to diversify their ranks, and Twitter has long been a hub for journalism and news-adjacent jobseekers.

But when Harper’s Magazine shared the listing for its New York City-based assistant editor role, tagging accounts like Writers of Color, the National Association of Black Journalists and Disabled Writers, its message was quickly reviled over concerns about the low pay scale.

The NYC Mayor’s Office for Economic Opportunity defines an impoverished household in the city as one earning less than about $36,000 for a family of four. Harper Magazine’s full-time assistant editor position pays $40,000.

This is wild because $40K is both less than what we, a much smaller and younger company, pay any of our FT staff AND less than the average incomes reported in our survey. So, like, maybe don’t tag us? https://t.co/qxDPzRFp4z

Others were quick to chime in:

The audacity. The salary is $40k and position is based in NY. For @Harpers to tag BIPOC orgs as a recruitment tool is a slap in the face and performative. https://t.co/eVHnJlr981

When y'all are ready to get into how these wages aren't just terrible because they are unlivable, but bc they also help keep media white (and therefore fortifying white supremacy), please let me know.

Because who do you think takes this job? https://t.co/0KVcTK2A0F

Harper’s Magazine hiring assistant editor for $40,000, which in NYC means you’d have to eat cold mac and cheese someone threw out their Uber window leaving the bar. At least it’s Gouda tho. Biggest barrier breaking into this journalism is you basically need generational wealth https://t.co/PR1hNnsb2H

What you should know: Harper’s decision to tag organizations that represent people of color, those with disabilities and a wide array of racial and ethnic minorities is a nod to a practice that is slowly becoming more performative than productive. Media companies looking to diversify their rosters (and audiences) are expected to put in the work to recruit and attract these groups, rather than relying on a shared tweet to encourage the submission of a résumé or clicks on a story. And if you are going to make a big deal out of a new role or actively recruit diverse candidates, make sure the offer is tempting and offers reasonable wages and benefits.