Fast food connoisseurs have long shared their own “menu hacks” by fusing together separate items into new and surprising creations. On Jan. 31, McDonald’s will acknowledge these creations when the company officially adds several fan-favorite meal hacks to its menu. 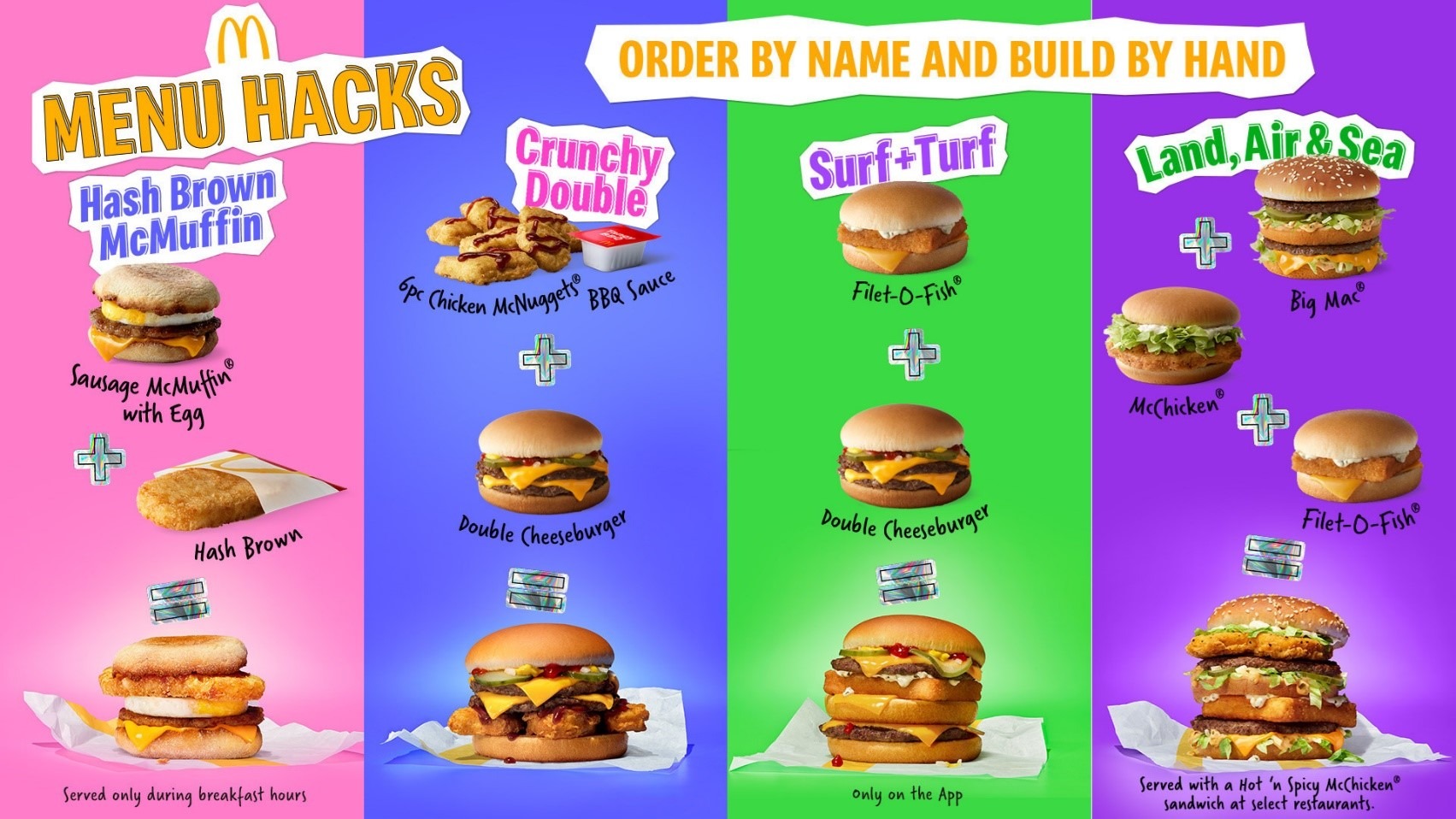 “From Hip-Hop icons to Christmas queens, everyone has a unique go-to McDonald’s order, including our everyday customers. This campaign shows that it has never been ‘our menu’—the menu belongs to our fans,” McDonald’s VP of U.S. Marketing, Brand Content and Engagement  Jennifer Healan, said in a press release. “We’re excited to celebrate them in a bigger way than ever before by putting their delicious hacks—as seen on social media—on our menus. I personally can’t wait for our fans to try my favorite hack, the Hash Brown McMuffin. IYKYK.”

McDonald’s latest campaign demonstrates how a brand can tap into—and amplify—pre-existing fan subculture while paying homage to its previous campaigns.

Spotify says it is in the process of removing musician Neil Young’s catalog from its platform after the artist published an open letter demanding Spotify remove Joe Rogan’s podcast from its platform, or he would pull his music from the service. Young objects to the company’s continued support of “The Joe Rogan Experience,” its most profitable podcast, which he  says is spreading misinformation about COVID-19 vaccines.

Spotify says it regrets the loss of Young’s music—and defended its record on addressing COVID-19 misinformation on its platform.

“We want all the world’s music and audio content to be available to Spotify users. With that comes great responsibility in balancing both safety for listeners and freedom for creators. We have detailed content policies in place and we’ve removed over 20,000 podcast episodes related to COVID since the start of the pandemic. We regret Neil’s decision to remove his music from Spotify, but hope to welcome him back soon,” the [Spotify] spokesperson told THR.

Young says Spotify accounts for 60% of his global streaming revenue, but confirmed the financial loss was worth it for him to take a stand.

“I truly want to thank the many, many people who have reached out to me thanking me for taking this position — people who are health professionals on the front lines, people who have lost loved ones to COVID or who are worried for their own children and families. I have never felt so much love coming from so many,” Young wrote in Wednesday’s letter. “I sincerely hope that other artists and record companies will move off the Spotify platform and stop supporting Spotify’s deadly misinformation about COVID.”

Those who agreed with Young took their anger to social media as #CancelSpotify began trending:

Can you imagine picking Joe Rogan over Neil Young for anything? Btw, you’re supposed to be a MUSIC service. Talk about selling out. #cancelspotify

Just cancelled my premium subscription with @Spotify. I can’t give my money to a platform the enables the broadcast of Covid disinformation in the United States. Thanks to the great @Neilyoung for making me aware that Spotify enabled this – I wouldn’t have known. #CancelSpotify

It is done. I look forward to supporting a music service that values artists over jackasses like Joe Rogan. Thanks to #NeilYoung for showing the way. #cancelspotify pic.twitter.com/6a7VXDVm66

It was long overdue. To be honest, I should have done it the moment they gave that dangerous idiot Rogan that sort of $ and platform.

Spotify’s statement evokes responsibility and detailed content policies, but does not acknowledge requests from the medical community to develop a more robust COVID-19 misinformation policy. This is a reminder that any statement defending policies or guidelines provides an opportunity to link to the policies themselves or restate them in detail to show your work.

Communicating how your policies are consistently upheld among all your partners can minimize accusations of selective enforcement or favoritism that invites further controversy.

A new transparency report released by Twitter said that the social media platform removed a record 4.7 million tweets that violated its content policies. “Of the Tweets removed, 68% received fewer than 100 impressions prior to removal, with an additional 24% receiving between 100 and 1,000 impressions,” the company wrote. “In total, impressions on these violative Tweets accounted for less than 0.1% of all impressions for all Tweets during that time period.”

“Broadly, Twitter continues to see an overall downward trend in the number of violating accounts which is likely due to changing behaviors of these actors coupled with continued improvements of our defenses in this area,” the post continues. “As the Open Internet continues to be under threat around the world, we will continue our advocacy and build on our work to increase meaningful transparency and accountability in the industry—with the Twitter Transparency Center as our single source of truth in this space.”

A group of tech companies led by Adobe, known as the Coalition for Content Provenance and Authenticity (C2PA), announced it has replaced the first version of its technical specifications for combatting deepfakes by creating media that cannot be manipulated. “Deepfakes” refer to images and videos that are created using artificial intelligence to replace an existing image or video of someone speaking with the words and ideas of other people.

The group of participating tech companies includes Microsoft, Intel, and the BBC among other organizations.

“As the C2PA pursues the implementation of open digital provenance standards, broad adoption, prototyping and communication from coalition members and other external stakeholders will be critical to establish a system of verifiable integrity on the internet,” says Leonard Rosenthol, chair of the C2PA technical working group and senior principal scientist, Adobe.

This statement about C2PA’s unprecedented effort to eliminate deepfakes demonstrates how creating a consistent, standard framework for communication between stakeholders with shared goals is at the heart of any effective strategy to combat misinformation.

Boeing said that its $4.3 billion loss in revenue last year was caused by delays manufacturing and delivering its 787 Dreamliner Jet.

“On the 787 program, we’re progressing through a comprehensive effort to ensure every airplane in our production system conforms to our exacting specifications,” David Calhoun, Boeing’s chief executive, said in a statement announcing the financial results, including a $4.3 billion loss for the year, the third annual loss in a row. “While this continues to impact our near-term results, it is the right approach to building stability and predictability as demand returns for the long term. “Across the enterprise, we remain focused on safety and quality as we deliver for our customers and invest in our people and in our sustainable future.”

After another rough year caused by Dreamliner production delays, Boeing’s statement demonstrates how a brand’s investor relations messaging can provide an opportunity to reframe a crisis as an opportunity.

Though this statement emphasizes a path of predictability going forward it lacks a discernable timeline for resuming a normal production schedule. When you do fail to offer a timeline, it’s often wise to at least ensure you will deliver an updated response as soon as you can. This lets stakeholders know that your company is holding itself accountable to communicating with them, even when it has no new information to share.