Supreme Court Justice Ruth Bader Ginsburg died on Friday from complications of metastatic cancer of the pancreas. She was 87.

The news has trended across social media platforms and dominated headlines, and people gathered in large numbers at the Supreme Court to honor Ginsburg’s memory

I have been in D.C. for about 13 years now, and I have never seen a bigger crowd in front of the Supreme Court. Ever. Nothing comes close. #RBG pic.twitter.com/hyT0bhGHNA

To honor Justice Ginsburg, landmarks throughout NY were lit blue last night, the color of justice and #RBG’s favorite color. Her extraordinary legacy is celebrated. pic.twitter.com/BL5tUTANZj

Others tweeted quotes and efforts to honor the late justice:

How lovely is this! Someone in NYC put a lace collar on the statue of The Fearless Girl. 😢 Oh my heart. RIP RBG. pic.twitter.com/DAm9uBfke2

Missing from much of the conversations were brand managers’ content—and for a good reason. Especially with Ginsburg’s death becoming a political hot-button issue before the presidential election, organizations would do well to stay silent, lest a tweet or Facebook post appears insensitive or comes off as a callous newsjacking effort.

The companies gleefully announced the agreement, which will secure the social media app’s presence in the United States.

In the deal announced on Saturday, which was spurred by Mr. Trump’s national security concerns over TikTok, the social media app said it would separate itself from its Chinese parent company, ByteDance, and become an independent entity called TikTok Global. Oracle would become TikTok’s new cloud provider, while Walmart would offer its “omni-channel retail capabilities,” the companies said.

TikTok tweeted messages of thanks to its members for their support, including a video address from the app’s interim head, Vanessa Pappas:

We are excited about our potential investment in and commercial agreements with TikTok Global. Read more: https://t.co/Nf4HBu1q2l https://t.co/IA732XUYHD

We are a hundred percent confident in our ability to deliver a highly secure environment to TikTok and ensure data privacy to TikTok’s American users, and users throughout the world. This greatly improved security and guaranteed privacy will enable the continued rapid growth of the TikTok user community to benefit all stakeholders.

Why it’s important: President Donald Trump has signed off on the deal, so the removal of TikTok from U.S. app stores won’t be permanent. However, the arrangement leaves TikTok’s parent owner, ByteDance, holding 80% of the company, meaning privacy concerns might surface again in the future. As with any social media platform, don’t put all your engagement and content eggs in one basket.

Twitter recently responded to criticisms that its algorithm exhibited racial bias when prioritizing images to show within tweets.

The social network’s Liz Kelley said the company had “more analysis” to do after cryptographic engineer Tony Arcieri conducted an experiment suggesting Twitter’s algorithm was biased in prioritizing photos. When attaching photos of Barack Obama and Mitch McConnell to tweets, Twitter seemed to exclusively highlight McConnell’s face — Obama only popped up when Arcieri inverted the colors, making skin color a non-issue.

Kelley also promised that Twitter would keep its work open source, so “others can review and replicate.”

Her response is an example of a short, measured and effective crisis response. She thanks those who found the issue and raised awareness, touches upon past steps taken, accepts responsibility and commits to working on the solution in a transparent way that can also be evaluated by outsiders. 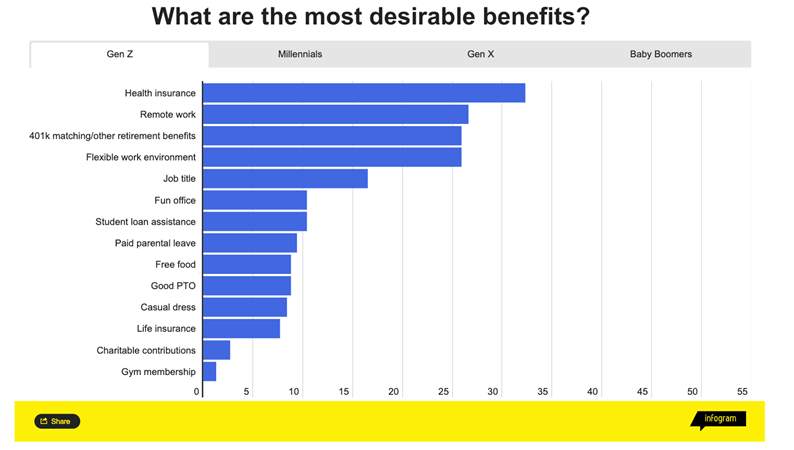 The three benefits remain the top selections for all employee demographics, but with fluctuations.

More than half (53%) of Baby Boomers surveyed said remote work ranks No. 1 on their list of job perks, followed by health insurance (33%) and retirement benefits (28%): 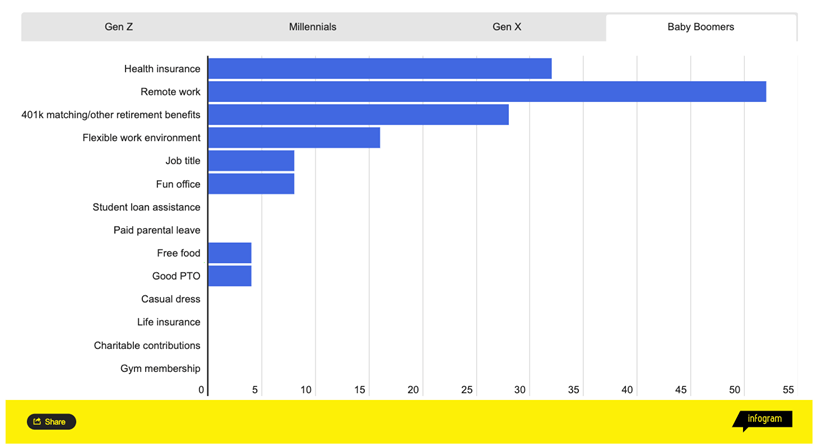 Join Ragan’s Crisis Leadership Network to network and brainstorm with peers, get the latest intelligence and research, and start to strategize for the future of your organization.

The company’s founder and chairman of the board, Trevor Milton, stepped down after a report by Hindenburg Research was published titled, “Nikola: How to parlay an ocean of lies into a partnership with the largest auto OEM in America.”

The report alleged that Nikola made false claims about its technology to partner with companies including General Motors. Though Nikola said the report contained inaccuracies, the U.S. Department of Justice and the Securities and Exchange Commission are investigating the claims.

In a press release, Milton said:

Nikola is truly in my blood and always will be, and the focus should be on the Company and its world-changing mission, not me. So I made the difficult decision to approach the Board and volunteer to step aside as Executive Chairman. Founding Nikola and growing it into a company that will change transportation for the better and help protect our world’s climate has been an incredible honor.

The stock, which has had volatile swings, plunged nearly 30% in premarket trading Monday.

The electric truck maker said the board accepted Milton’s resignation, adding that Stephen Girsky, former vice chairman of General Motors and a member of Nikola’s board, has been appointed chairman of the board, effective immediately.

Why it’s important: Strong leadership is crucial for any organization, especially during times of crisis. If any of your leaders are associated with actions or statements that could irrecoverably damage your brand’s image, do your best to distance your organization from that leader. Then, your work on building up trust through transparency and accountability begins.

Walmart announced a goal of zero emissions by 2040, “without the use of carbon offsets.” To do this, the retail chain aims to completely power its facilities with renewable energy by 2035, transitioning to electric and low-impact cooling systems by 2040 and change its vehicles to electric energy by 2040.

Today, building on 15+ years of sustainability leadership, we commit to becoming a regenerative company. We’re targeting zero emissions by 2040 and, with @WalmartOrg, committing to help regenerate natural resources. https://t.co/4VV3RMjFZq pic.twitter.com/45WJA7Es8l

We want to play an important role in transforming the world’s supply chains to be regenerative. We face a growing crisis of climate change and nature loss and we all need to take action with urgency. For 15 years, we have been partnering to do the work and continually raising our sustainability ambitions across climate action, nature, waste and people. The commitments we’re making today not only aim to decarbonize Walmart’s global operations, they also put us on the path to becoming a regenerative company–one that works to restore, renew and replenish in addition to preserving our planet, and encourages others to do the same.

The sustainability goals were delivered with a clear strategy on achieving them, which makes the promise more meaningful and keeps Walmart accountable—all wins when it comes to transparency, trust and reputation.

Mondays can mark a challenging transition as communicators catch up on emails, meetings and other important tasks after the weekend. If you prize your coffee maker or teapot as much as you do your laptop, grab one of these mugs to start your week with a smile (and sass).

Outside of crisis communications, what efforts are taking up the largest portion of your budget(s)?

Outside of crisis communications, what efforts are taking up the largest portion of your budget(s)?

Share your thoughts with us below and under the hashtag #DailyScoop. Is there a question you’d like us to ask in an upcoming poll? Let us know!

Editor’s note: Ragan Communications may earn a commission through our affiliate partnerships when purchasing items through links in our content.