Several software and technology companies have announced office reopening dates following last week’s news of some Microsoft employees headed back to the office as part of its hybrid work model.

Facebook plans to start returning to in-person work this May, with offices limited to 10% capacity upon the reopening of its Menlo Park headquarters. Other safety precautions will include with masks, social distancing and weekly COVID-19 tests. Uber is reopening its San Francisco headquarters today at 20% capacity, and is following similar safety precautions to Facebook.

Considering how many of these companies create products that enable remote communication, the decision to reopen reminds communicators that not every efficiency can be replicated through software and remote work. We are also reminded once again that any decision on when and how to reopen the office should be made with considerations for health and safety first and foremost.

GM responds to accusations of CEO racism, but offers no specifics

The leaders of some Black-owned media companies have accused General Motors CEO Mary Barra of being racist after refusing to meet with them “consistently, over time and after multiple requests.” The accusation came in the form of a full-page ad that ran in Sunday’s Detroit Free Press, which requested an hour-long Zoom meeting with Barra or her resignation.

In response to the ad, GM said it aspires to be the most inclusive company in the world, and that includes how it allocates its advertising expenditures.

“We have increased our planned spending with both diverse-owned and diverse-dedicated media across our family of brands,” said GM spokesman Pat Morrissey in an email. He did not provide specifics.

[Allen Media Group] wants GM to allocate at least 5% of its ad budget to Black-owned media companies, said [Byron] Allen in an interview with the Free Press on Sunday.

The ad says “less than 0.5% goes to media companies owned” by African Americans, calling that “horrendous, considering that we as African Americans make up approximately 14% of the population in America and we spend billions buying your vehicles.”

Every arm of the organization is responsible for owning its DEI work, but communicators must take responsibility for connecting the results across departments. When that work is challenged, respond to specific grievances instead of offering blanket, gestural assurances.

Look to the wider changes happening in the media industry, including newsrooms restructuring as they reckon with racial disparity in reporting as an opportunity to make a substantive, lasting impact around who your organization targets for coverage and ad dollars. When conducting an audit of your organization, match the diversity of your PR and ad efforts with the demographics of your audience with data.

Back in February, as part of its Analyst Day presentation, Twitter previewed a new, groups-like option called ‘Communities’, which would enable Twitter users to share their tweets within selected sub-groups of users, as opposed to sharing with everybody. 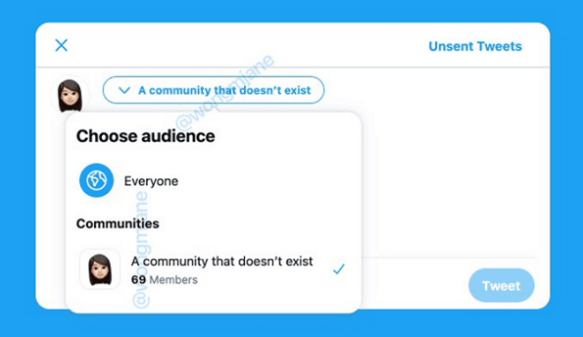 Twitter’s Communities are its answer to groups, providing a more private engagement option, which would enable users to interact with users around dedicated interests, which could help to foster closer communities, and see more engagement, overall, in the app.

This news should remind communicators that the future of engagement is not blanket mass messages or mail-merged pitches, but targeted and personalized outreach. Winnow your media lists to the group of journalists and outlets you want to target most. Do more research on them (read their work), and your likelihood of building a new relationship will greatly improve.

Several advertising and PR pros are pledging to no longer promote oil and gas accounts, following a complaint filed with the Federal Trade Commission on March 16th that accused Chevron of misrepresenting its stances on environmental protections and racial justice.

Guy Hayward, the global chief executive of Forsman & Bodenfors, an international ad agency with major offices in Sweden and New York, said in an interview that the company’s New York office signed a pledge this month to no longer work for oil and gas producers, as well as utility companies and their lobbyists.

“The decision is a moral one,” Mr. Hayward said. “We believe that communication is powerful and, obviously, we should be using it to drive the change we want to see, rather than maintaining the status quo.”

Signing the pledge was partly symbolic: Forsman & Bodenfors has done work for the Norwegian oil and gas giant Equinor and is known for its award-winning Volvo campaigns. The point of signing it, Mr. Hayward said, “is just to get the ball rolling.” He added that he expected the company’s other offices, in eight cities around the world, to follow the example of the New York team, calling the decision a “no-brainer.”

IBA International released a report on what PR and marketing agencies require in 2021, finding that 33% of respondents believe there are too many agency contacts on their status calls, resulting in more hours of consultation wasted that could otherwise be spent measuring results. 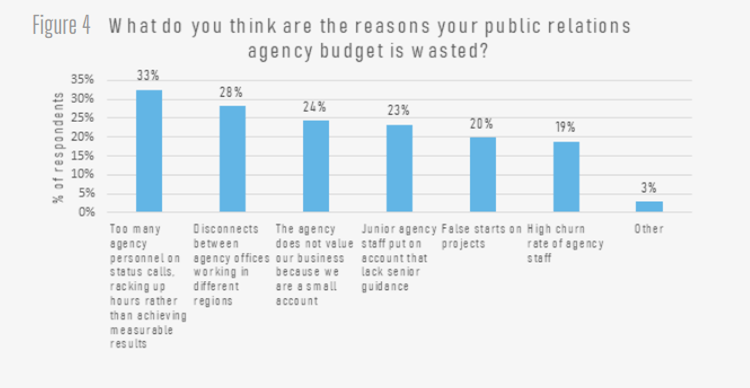 Communicators should take note that measurement remains an opportunity for pros on the agency side, too. Providing actionable, concise data reports can save time and improve the efficiency of your communication strategies.

After concluding a five-year long internal investigation into its diesel emissions scandal, Volkswagen announced to employees on Friday that it would seek to collect compensation from former CEO Martin Winterkorn and former Audi CEO Rupert Stadler, along with other board members, for their role in falsifying the emissions records of thousands of vehicles.

Volkswagen said the investigation it launched into the scandal, handled by law firm Gleiss Lutz, included the screening and review of 1.6 million files and more than 1,550 interviews and questionings.

“Both Prof. Winterkorn and Mr. Stadler accomplished great things with the Volkswagen Group … there is no question that the impressive achievements in their professional careers still stand,” Volkswagen’s supervisory board said in a note sent to staff on Friday.

“However, as successful as their work was, there were aspects that Prof. Winterkorn and Mr. Stadler as Group Board members did not monitor carefully enough,” it said in the note, seen by Reuters.

The investigation’s end is something Volkswagen will undoubtedly point to moving forward any time Dieselgate is brought up. The company has spent the last five-plus years since the scandal broke trying to distance itself from its deceptive and harmful actions, and at many points, has tried to pin it on individual actors.

Volkswagen’s message to employees sets a precedent for communicating accountability, suggesting that a leader’s resignation in the face of a scandal will no longer be enough to shield them from consequences. Communicating such watershed news to internal stakeholders first lets them (and the public) know that your organization takes its push for accountability seriously.

Attendees will discover new, smart opportunities to overcome crisis challenges, pitch stories that reporters crave, better understand and deliver to target audiences through analytics and insights, enhance media relations efforts through the PESO model and brand journalism, prove the ROI of your efforts, and more.

Over the weekend, we asked what GIF encapsulated your ideal outdoor activity as the weather begins to improve and readers look to break free from their cabin fever.

Some of you planned on climbing:

While others planned on golfing:

And a few of you were just happy to frolic again:

Is there a question you’d like to see asked? Let us know by tagging it with #DailyScoop.

What mood are you wearing this Monday morning as you prepare to tackle the week, PR pros and communicators?

What mood are you wearing this Monday morning as you prepare to tackle the week, PR pros and communicators?

Show us your game face, or lack thereof, in GIF form and tag us with #DailyScoop. We’ll share top responses in tomorrow’s roundup. pic.twitter.com/JHRh70T0oy

Show us your game face, or lack thereof, in GIF form and tag us with #DailyScoop. We’ll share top responses in tomorrow’s roundup.

COMMUNICATIONS ANEMIA may be a focus of Microsoft and Facebook executives heading back to work at the office, Twitter execs developing new tools for the public, and Google execs who’d like to keep offering tools they already have.

COMMUNICATIONS ANEMIA can reduce the public’s health and happiness but we can protect ourselves.

WHAT CAUSES COMMUNICATIONS ANEMIA can be Washington’s well-intentioned desire to ”protect” the public from information that’s false or that violates someone’s idea of what should be private even without mentioning our names. Like how many people have asked Google about something, or used Facebook and Twitter to advocate some national policy.

THE GOOD PART ABOUT COMMUNICATIONS ANEMIA is that we won’t be bombarded with as many ads from companies that learned we inquired online about a trip to Timbucktu or a way to lose weight.

THE BAD PART ABOUT COMMUNICATIONS ANEMIA is that restricting the ideas people can offer us also restricts our freedom to see and hear those ideas SOME of which might help us get what we want. (Even if most ads may be what doctors could call a pain in the gluteus maximus.)

OUR DECISION ABOUT COMMUNICATIONS ANEMIA is how much to limit the freedom of companies to try selling us on ideas. Too little requirement that Microsoft, Facebook, Twitter and Google must censor communications could bring us too much “pain in the glute” information, but too much communications anemia can keep us from getting information protective of our health, looks and happiness. Personally I’d prefer more information and less harm from communications anemia but that’s a choice for Washington.

TO REDUCE POLITICAL APPEAL OF COMMUNICATIONS ANEMIA, Microsoft, Facebook, Twitter and Google could save themselves money and better protect the public by announcing a ten-year billion dollar program of health protection: $100 million a year for health research to either Dr. Anthony Fauci to try saving 100,000 children’s lives from a pandemic, or to Dr. Andrew Zelenetz to try saving 100,000 adult lives from cancer. If the public choice is between (a) $100 million a year to protect our health or (b) fewer annoying ads, we may be more annoyed by ads but healthier.

And who knows, we may be sold on going to Timbucktu or losing weight and then enjoy it!