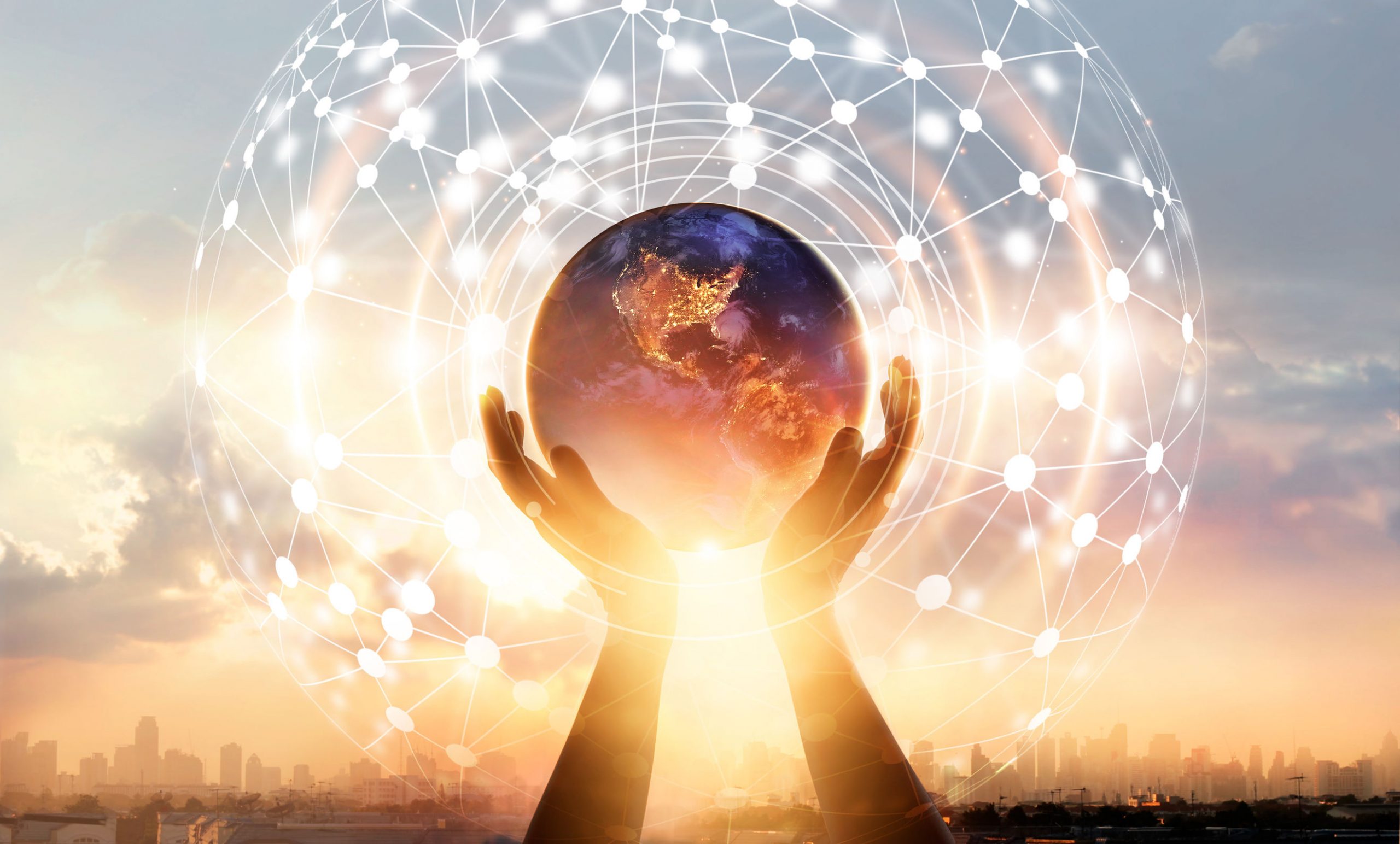 In life and in work, we often seek out catalysts for change. Something or someone to help us think differently, access our creative side and rediscover our passion for what we do.

In work, we often look at new team members as catalysts for change, who bring fresh thinking and different perspectives. In life, it can be a little bit more difficult to find that arbiter of transformation.

But this year, we haven’t had to go looking for change. Life has brought us significant, paradigm shift-inducing, irrevocable catalysts for change, as millions across the globe continue to wrestle with COVID-19 and Americans try to find our place in the fight for social justice and racial equality.

It can be difficult to find silver linings in the pandemic and in the tragic events that led to the renewed fight for social justice—although the latter, while long overdue, is a step in the right direction. But perhaps one silver lining is the unified collectives emerging online in response to these catalysts for change.

The restrictions on social gatherings that are necessary to flatten the curve of COVID-19 cases have put digital communication at the heart of everything we do. Social media—once supplemental to our daily lives—is now central.

Look no further than the grassroots advocacy boom for proof of this sea change in the way we communicate and mobilize. For example, during just one week in late March, nearly one million people used Phone 2 Action to send 2.36 million messages to Congress. Those are numbers you can’t ignore. Those messages are catalysts for change.

But the unified collectives go beyond advocacy. Social media platforms are going above and beyond to create unprecedented repositories of information which are expressly designed to accelerate knowledge sharing and improve public health outcomes. But it’s not just for the people—it’s by the people. Depending on where you live, some platforms are including sections for “People Requesting Help” and “People Offering Help,” where communities convene to seek, offer and show each other support. Strangers are reaching out with advice for those struggling with the pandemic as if they were friendly neighbors.

As communicators and counselors, we have a unmatched opportunity to tap into these unified collectives, identify the common threads that bind them, and be the architects of meaningful changes in public opinion and policy. That’s in no small part because of a revived social consciousness. People really care about the issues, but they don’t want to just hear the right words from individuals and organizations. They want to see substantive action being taken to effect change.

Recent data from APCO Worldwide’s Insight team tells the story. Ninety percent of respondents believe companies should be very or somewhat involved in addressing social issues. Eighty-eight percent agree companies should sacrifice short-term financial gains if they are incompatible with the company’s values. And 93% agree that the best companies do good for their shareholders while also doing good for society.

This data reinforces the need for consultants and clients to collaborate on solutions which go beyond their scope of work. Corporate social responsibility can’t just be a lofty goal anymore—it should reflect a consistent commitment imbued in every aspect of a company’s operations.

Companies don’t even have to venture outside of their swim lanes to effect change. Organizations that focus on sustainable operations can advocate for environmental justice. Companies that emphasize maintaining a diverse workforce can push for racial equality. As their consultants, we have a responsibility to help them find their way and work together to turn goals and commitments into meaningful action.

The data is persuasive. The opportunity is significant. The rest is up to us.

Dan Smith is an associate director at APCO Worldwide.

It’s interesting to read this guy because his APCO firm is at the very top of the mountain in Washington PR savvy. At least one major company in almost every major field plus major countries buy Washington PR guidance from APCO either openly or quietly.

This firm does not (as far as I know) take accounts that mainly want personal publicity for the top guy, they do not kiss ass and they do not soften recommendations to fit in with what the client wants to hear. Instead they are like a great doctor: Look this is how it is, these are your choices, and this is what we recommend.

The wisdom and candor are a pleasure even when they are recommending what one would rather not hear. So it is especially interesting to see this major truth reported by APCO’s writer: “During just one week in late March, nearly one million people used Phone 2 Action to send 2.36 million messages to Congress. Those are numbers you can’t ignore. Those messages are catalysts for change!”

So since APCO is almost surely used by one or both of our two main Arab allies, Saudi Arabia and United Arab Emirates plus smaller place like Kuwait, Oman and such, why in the world are our Arab allies not getting the legislation from Congress that would benefit their countries and ours immensely?

Toward the end this writer talks about “justice” and a “diverse workforce” and yeah, these are important but the Saudis and UAE are in nonstop JEOPARDY FOR THEIR LIVES. It’s because nearly nuclear Iran, Russia’s Mideast ally, hates these countries severely on religious grounds and Iran has three times as big a military as both these countries combined.

Peril “A”: Iran could march in one night following some pretextual border incident. Peril “B” (since “A” might get the U.S. to intercede): covertly fund a group of “student led Freedom Fighters” inside UAE and Saudi Arabia to “demand democracy” and shout “death to the royal family” (or maybe “death to the royal family and Israel”) and then form a “government of the people” and publish a “Declaration of Independence.”

Why should Americans care when most couldn’t say with confidence (or care) whether Dubai is a city or a country? Because Iran gaining control of Mideast oil could triple our oil price, gasoline prices plus home and office heating oil prices, and scare the hell out of our allies realizing that alliance with the U.S. is no protection.

How could PR reduce this peril? By getting a MUTUAL DEFENSE AGREEMENT. UAE and Saudis take over our work in Afghanistan and Iraq so America has zero casualties. Zero! Americans take over expert military management of Saudi and UAE border defense and anti-terrorist forces. Their forces where any fighting is, our managers far from the front. Our allies (and our oil prices) are protected, our casualties become zero, and our cost is zero. We pay our generals the same to work there or work elsewhere.

How can the Arabs get 100 million Americans to clamor for this to happen? By having Mohammed bin Salman or his dad the king announce:

.A. An American’s chance of dying from cancer is today, according to American Cancer Society, one in four.

,B. UAE and the Saudis (a little country but with world-leading cancer researchers) want this to be one in eight or more so the average American will be only half as likely to die of cancer. (And Americans hate cancer because almost all of us know someone who died from it.)

Old people would benefit the most from a reduction in cancer, and Mideast religious leaders are big on older people, especially mothers and fathers. Says the Koran: “My Lord, have mercy on them both as they took care of me when I was little.” (17:23-24)