Airbnb’s latest effort to give back is focused on educators. The effort comes after Airbnb discovered high numbers of educators becoming hosts to supplement their incomes. 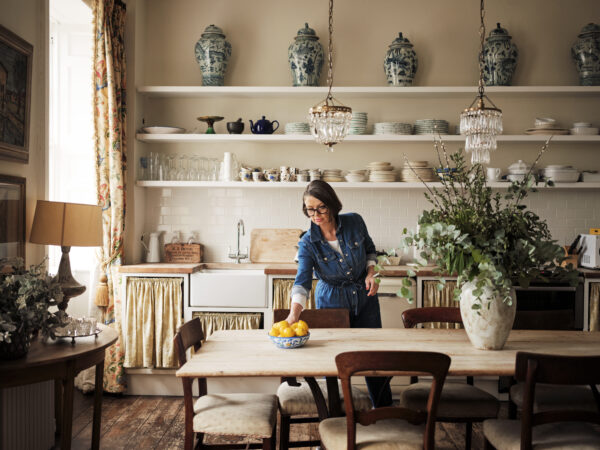 According to the news release, 1 in 5 Airbnb hosts are either educators or healthcare workers, and educators earned more than $180 million from hosting on Airbnb in 2020 alone. By partnering with the National Educator’s Association (NEA), Airbnb hopes to help teachers learn how to create successful Airbnb listings and will offer a stipend for educators to “invest in their hosting journey.” NEA members will also be eligible for exclusive Airbnb discounts when traveling themselves.

The campaign is an example of how customer and user data can help identify important stories and opportunities to create value for your community.

NPR reports that local governments often stand in the way of wind and solar energy projects, and that misinformation about renewable energy thrives in town halls and city council meetings across the country.

Dahvi Wilson, vice president of public affairs for Apex Clean Energy, says her company is finding that across the country, local engagement is becoming increasingly difficult given community suspicions of renewable energy.

“I think for a long time, and maybe still in some places, developers thought, ‘Well, we just need to give better information. We just need to give more information.’ And it’s like, ‘it’s so not about that at all!'” Wilson says. “It’s about who you trust and if anybody’s going to believe you if you’re a company.”

What you should know: For PR pros, the battle against misinformation is arduous and never-ending. Untrue and misleading statements can not only derail your messaging strategy, they are increasingly likely to negatively affect your company’s business operations.

It’s a reminder to comms professionals that creating your own brand narrative means getting ahead of misinformation on social media — an admittedly daunting task, given some platforms’ hesitancy to crack down on purveyors of misinformation. Lean into using your media monitoring service to identify and address misinformation head on.

Recent data from The Harris Poll reveals how American adults are likely to use augmented or virtual reality to interact with brands.

Gaming and entertainment were the most popular potential uses for AR and VR, with 56% and 54% of poll respondents saying they’d be interested in those respective uses.

Additional data from the report shows that 3 in 4 U.S. adults “would be interested if one of their favorite brands created an AR/VR experience,” while 3 in 5 respondents said they’d be excited to see sports teams or sports brands in the metaverse.

PR pros, if your organization hasn’t developed a metaverse strategy yet, now is the time to start. Here are three tips for brands looking to navigate the metaverse.

Florida’s HB 1557, also known as the ‘Don’t Say Gay’ bill, should never have passed and should never have been signed into law. Our goal as a company is for this law to be repealed by the legislature or struck down in the courts, and we remain committed to supporting the national and state organizations working to achieve that. We are dedicated to standing up for the rights and safety of LGBTQ+ members of the Disney family, as well as the LGBTQ+ community in Florida and across the country.

Disney’s immediate response to the signing of the bill comes in the wake of a month of backlash and negative press about the company’s previous reluctance to take a stance on the legislation as it made its way through the state legislature.

Recent data shows that Disney’s response (or lack thereof) to the anti-LGBTQ+ legislation may matter more to its employees than to Disney fans at large. And while the company’s tweeted statement on Monday received a lot of attention, plenty of it was not positive:

Instead of grandstanding, why don't you READ the actual language of the bill? Just a thought.

Hold the sponsors of the bill & governor DeSantis accountable by 1. permanently not donating any more to them, and 2. by donating to candidates committed to repealing this law. The law wasn't passed by accident, nor will it magically be repealed. It will take new legislators.

Did *ANYONE* at WDC actually read this bill?? As a long-time Disney stockholder, I'm bothered by this statement.

Why it matters: In some cases, protecting and supporting your employees may mean angering others, including customers of your products. Disney’s statement is a clear attempt to make good on CEO Bob Chapek’s promise to take “meaningful action to combat legislation targeting the LGBTQ+ community.”

Wading into political and social issues can be tricky, but overall, it’s what consumers say they want to see from corporations. In these situations, make sure your messaging on these topics is airtight and prepare your stakeholders for some backlash.