Restaurant chain Cracker Barrel has launched a campaign to promote its float at the 95th annual Macy’s Thanksgiving Day Parade, doubling down on nostalgia amid the return of in-person gatherings. Cracker Barrel said  in a press release that its float will “bring a sense of comfort, nostalgia and genuine care to the streets of New York City—and to homes across America,” and include the store’s classic front porch, oil lamps, hearth and more.

“Thanksgiving marks the start of a magical time of year where care is in the air all around us, and traditions like the Macy’s Thanksgiving Day Parade add to the joy of the season as we gather with friends and family,” said Cracker Barrel SVP and CMO Jennifer Tate. “This holiday season—and year-round—we welcome all guests to the Cracker Barrel table to celebrate the traditions we share and those that make us unique.”

By tethering its brand’s trademark nostalgia to the return of Macy’s Thanksgiving Day Parade, Cracker Barrell also demonstrates how your brand can find partners to help tell stories around essential brand values.

As commercial airline travel rebounds to pre-pandemic levels, the airline industry has shared how it plans maintain normal operations during the busiest travel season of the year.

“We’ve made great strides to reach our goal of hiring 5,000 new employees during the fall and winter, and previously reduced flight schedules in November and December to support our front-line employees throughout our network,” Southwest spokesman Dan Landson wrote in an email.

Jon Roitman, United’s chief operating officer, said the airline has the ability to move backup teams of employees to areas of greater need. “We also have contingency plans in place that if, in fact, some sort of gap develops because of really intense irregular ops, we can pull those out,” he said.

Daniel Shurz, senior vice president of commercial at [Frontier Airlines], said it simplified operations over the spring and summer to ensure crews are positioned to manage network disruptions. “We’re conscious that we want to deliver the right experience because we know people are going to be a little bit more on edge than usual,” he said.

During a year rife with record numbers of flight cancelations, staffing shortages, employee vaccine mandates and more, each airline’s statement offers its own best practices for crisis communications. Southwest’s statement shows how proactive crisis messaging is most effective when it puts employees first. United’s statement illustrates how a crisis communications plan can be transparent about responsibilities and organizational design. Frontier Airlines’ statement demonstrates an understanding that the stakes are higher for Thanksgiving travel, offering an example of how your brand can show up during an omni-cultural event to turn a past crisis into future success. 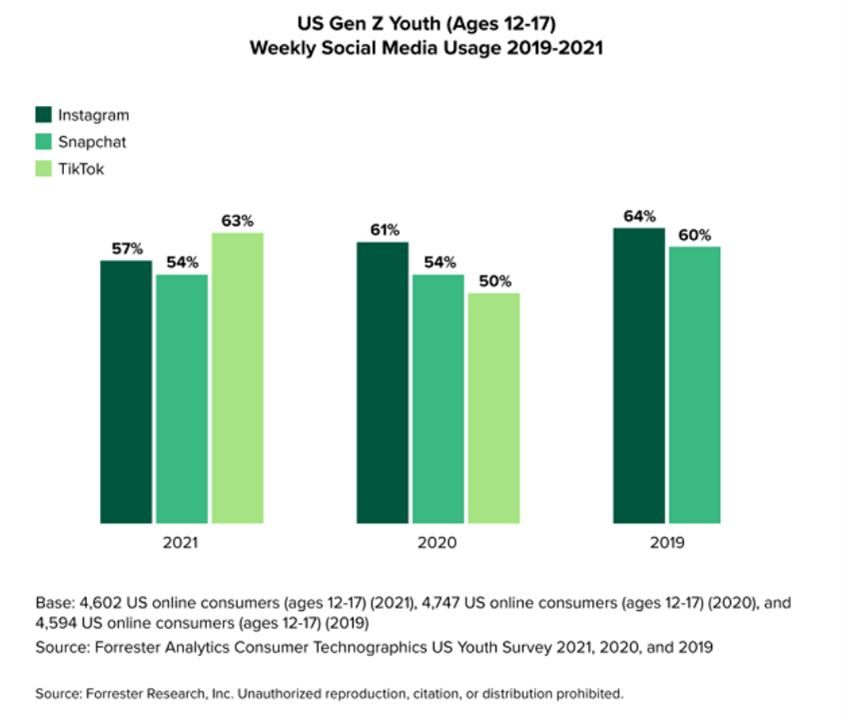 These numbers emphasize TikTok’s rapid growth among younger audiences and cement the platform’s viability as a messaging tool for reaching Gen Z. Researching what’s popular on TikTok may reveal an organic opportunity for your brand or organization to highlight its products, purpose and more by piggybacking on a pre-existing trend or viral sensation.

Macy’s says it hired an advisory firm to study whether the separation of its e-commerce business made sense. The announcement came after activist investor hedge fund Jana Partners urged Macy’s board to spin off its e-commerce, citing the success of a similar restructuring move by Saks Fifth Avenue.

“Our digital business is targeted to generate $10 billion in sales by 2023, and we expect the new marketplace platform to produce incremental revenue on top of that target,” said Matt Baer, chief digital and customer officer at Macy’s.

“We appreciate Macy’s strong execution in the quarter and commend the board for promptly engaging advisors to undertake a review of ways to unlock the value of its strong e-commerce business,” Jana’s founder and managing partner Barry Rosenstein said.

During a year when many companies are feeling pressure from activist shareholders to restructure, Macy’s words about wanting to “pressure test our assumptions and analysis” demonstrates how a brand can make its most vocal stakeholders feel heard by looking into their requests, and folding in an unbiased third party, while keeping to their own plans for the future of the business.

Time’s Up highlights communications failings amid plans to reform

Advocacy group Time’s Up has pledged to reset the way it operates after a recently released transparency report prompted the organization to fire most of its staff. The report found that the organization failed to serve those it sought to protect due to poor internal and external communication, confusion over mission and purpose, a lack of focus on long-term goals and more.

The report follows the resignation of Time’s Up chairwoman Roberta Kaplan in August after an investigation found she counseled former New York Gov. Andrew Cuomo during his sexual harassment scandal.

“We’re going down to the studs,” said Ashley Judd, one of the group’s most visible members and a key early voice in the broader #MeToo movement, in an interview. “We’re going to rebuild and reset and come back in a way that honors our mandate, incorporates the voices of our critics, learns from our findings … and holds ourselves accountable but also lives up to our potential.”.

And Judd offered an emotional defense of the organization, saying she feels “as energized and committed today” as she did when Time’s Up launched in the wake of allegations against Hollywood mogul Harvey Weinstein, whom she herself had accused of sexual harassment. “The need for fair, safe, dignified workplaces for women of all kinds is still urgent.”

[Interim leader Monifa] Bandele said in the interview that the Cuomo episode might have landed differently if the group’s structure were more sound. “The Cuomo crisis was key in where we are now,” Bandele said. “But if the inside structure … was stronger, if the communications and the transparency in the processes were stronger, something like what happened with Cuomo would be (less) likely to happen. Even if it did, “it wouldn’t have the same detrimental effect on how people view the organization because we’d have much greater trust within the community.”

Judd’s statement addresses each critic and stakeholder’s post-scandal position while ending on a message of accountability and hearkening back to the organization’s original values. By including Judd as the main mouthpiece of its plans to reform, Time’s Up’s messaging highlights the power of working with influencers who not only share your values, but those who have been an integral part of your journey as an organization.

Bandele’s statement also emphasizes how a thorough audit of your organization’s post-crises opportunities can pinpoint the specific conditions that created a crisis. It also shows how strategic communication can serves as a reputational shield to prevents such crises from happening in the first place.

A close look at this PR Daily report shows why it can be a PR blunder for media announcements to be made by non-PR people.

TIME’S UP. Classic PR wisdom in an accusation situation is to point out “they’re accusing one individual, not the whole organization.” The TRUTH in this situation is that the accusation is against Kaplan, not the whole organization. But operating people decided to fire most of the staff and ADMIT guilt not even charged: “poor internal and external communication, confusion over mission and purpose, a lack of focus on long-term goals and more.” Is it a PR blunder to admit what even the accusers aren’t claiming?
Instead, why not point out with admiration the skills and experience of Kaplan’s replacement?

#ME TOO. An interim leader says things might be better “if the inside structure was stronger.” Also “it wouldn’t have the same detrimental effect.” But is it a PR blunder to admit for no good reason a weak internal structure and a detrimental effect? An experienced crisis PR person who has taken the PR Daily crisis course would more likely say “now we’ll move forward to give the public three big benefits the public needs and deserves, A, B and C!”

UNITED AIRLINES. The chief operating officer says: “We have contingency plans that if some sort of gap develops because of really intense irregular ops, we can pull those out.” But would most people prefer to fly with an airline that
doesn’t foresee the possibility of “intense irregular ops”? Why associate that possibility with your airline?

The great PR firms save clients millions a year by avoiding PR blunders like these, admitting way more than even accusers say, and bringing up stuff that can be lousy for business. HR executives who prefer crisis PR course experience have a reason: in a crucial moment there may be a BIG difference
in what is said by the more educated and the less educated.

Ditto for membership in the various PR Daily roundtables and such: those with the membership experience may make better decisions than those without it.