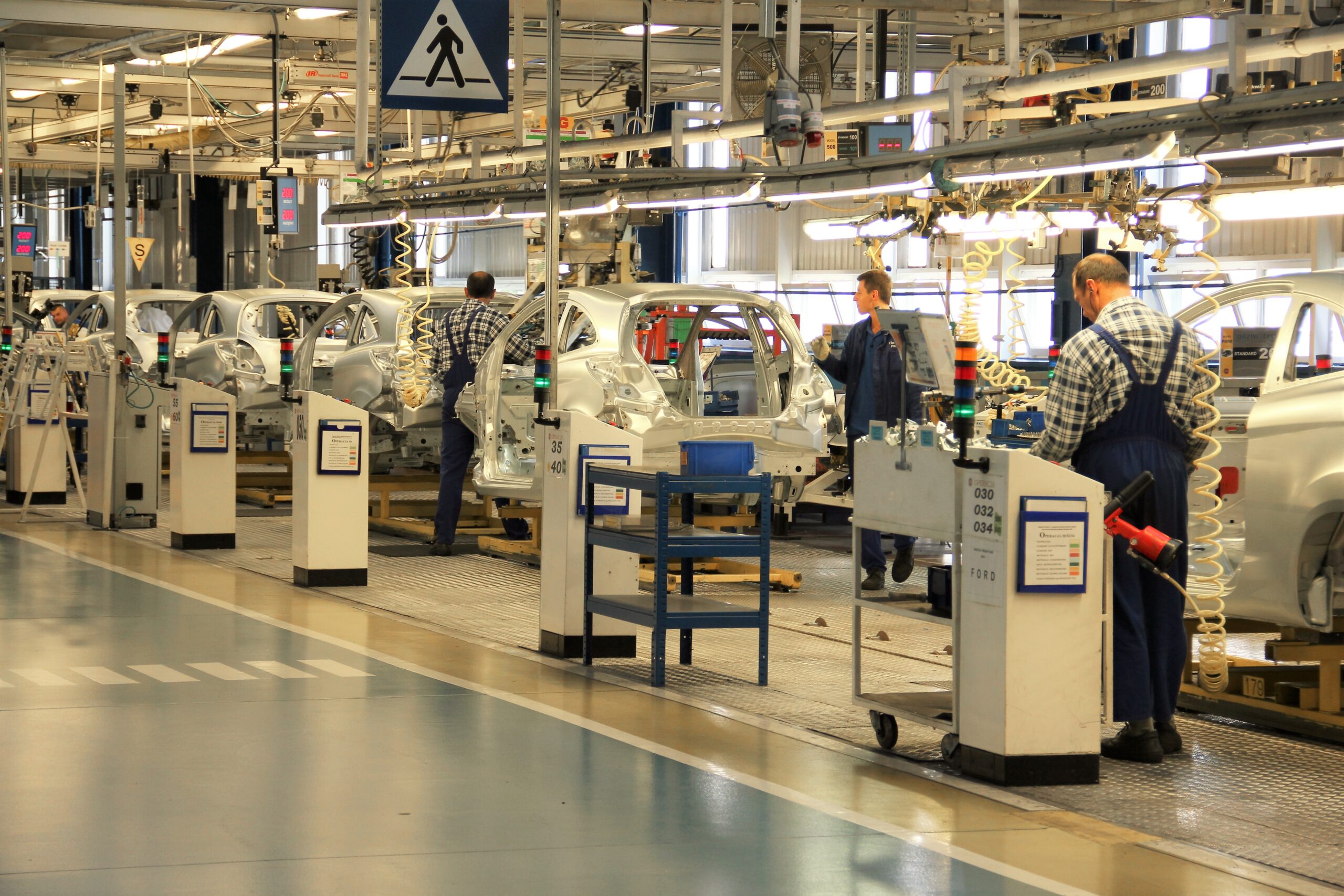 Feeling prickly leading up to this month’s romance-centered holiday? Topo Chico Hard Seltzer has your back.

The drink company’s Valentine’s Day campaign invites consumers to purchase and ship a potted cactus to the former object of their affection.

To “Send Your Ex A Cactus,” simply purchase the spiky plant (a cheap thrill at $2.14) on Topo Chico’s website and write a note to the recipient. 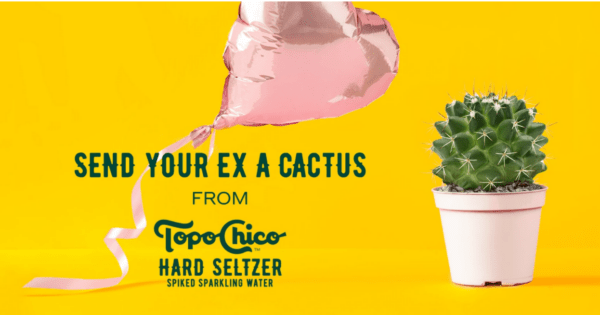 Purchasers can then redeem a 50%-off coupon for a 12-pack of Topo Chico Hard Seltzer in certain states.

The Associated Press reports that the blockade of a major bridge between Canada and Michigan is beginning to impact the U.S. auto industry.

Ambassador Bridge, which spans the Detroit River between Detroit and Windsor, Ontario, carries a quarter of all trade between the United States and Canada. The blockade, which is preventing drivers from entering Canada, is a protest of Canada’s COVID-19 restrictions, according to participants.

Ford said late Wednesday that parts shortages forced it to shut down its engine plant in Windsor and to run an assembly plant in Oakville, Ontario, on a reduced schedule.

“This interruption on the Detroit-Windsor bridge hurts customers, auto workers, suppliers, communities and companies on both sides of the border,” Ford said in a statement. “We hope this situation is resolved quickly because it could have widespread impact on all automakers in the U.S. and Canada.”

Shortages due to the blockade also forced General Motors to cancel the second shift of the day at its midsize-SUV factory near Lansing, Michigan. Spokesman Dan Flores said it was expected to restart Thursday and no additional impact was expected for the time being.

Why it matters: Ford and GM are careful with their words, even as a multifaceted political clash threatens their bottom line. In a time where auto manufacturers are facing pressure to enter the electric vehicle market and simultaneously dealing with an historic chip shortage, it’s important for companies to avoid alienating consumers.

By focusing on the business issue—supply chain disruption—and calling for the situation to be “resolved” automakers like Ford hope to apply pressure without taking sides in the conflict.

New research from the National Women’s Law Center (NWLC) shows more than one million fewer women are part of the American workforce now, as compared to pre-pandemic levels. 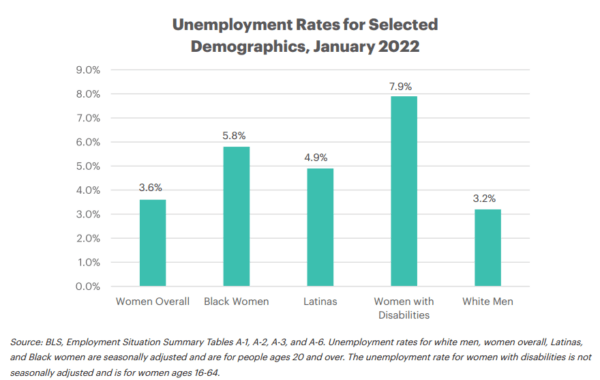 While the unemployment rate for women remains steady at 3.6%, the number masks much higher rates—5.8% and 4.9%—Black and Latina women, respectively.

Parents across the country—especially mothers—were hit hard by childcare complications created by the Omicron surge earlier this year. And many moms who left the workforce at the outset of the pandemic have yet to return.

If you scrolled through Twitter at all yesterday, you may have been met with some content that, at first blush, appeared NSFW.

Adidas’ campaign for its new collection of sports bras includes a promotional image of 25 different topless women, showing breasts of all shapes and sizes.

As former tech reporter and current WaPo columnist Taylor Lorenz noted, the unedited image ran only on Twitter, while a censored version of the ad was reported to be published and then taken down several times throughout the day on Instagram and Facebook. The Meta-owned social media platforms don’t allow users to post images of female nipples.

The Adidas brand account directly responded to some users’ criticism of the image:

ALL bodies should be celebrated, loved and supported. No exception ❤️

We want future generations to feel body confident, which is why this gallery is so important to share.

What do you think? Is Adidas’ campaign unnecessarily provocative, or a step towards inclusion and empowerment? Share your thoughts with us on Twitter using the hashtag #DailyScoop.

A new report from the NewClimate Institute concludes that multiple major multinational companies aren’t following through on their promises to change business practices in order to reduce greenhouse gas emissions.

The institute conducted a study of 25 corporations and placed Nestle, Unilever and CVS Health among 11 organizations it determined to have “very low integrity” when it came to follow-through on their climate pledges. Amazon, Google and Walmart were among 10 companies deemed “low integrity,” while Apple, Sony and Vodafone were the only three companies to achieve the rank of “moderate integrity.” Shipping company Maersk ranked highest, with its climate pledge deemed to have “reasonable integrity.” 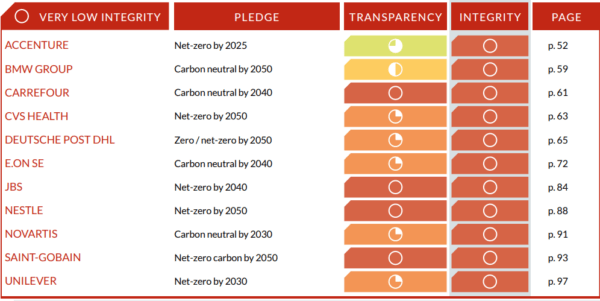 Not one of the companies in the survey were selected as having “high integrity” about their promises to cut emissions.

NewClimate Institute concluded that even though many companies have pledged to reach net-zero emissions, the 25 companies they studied have collectively committed to reduce emissions by about 40%—not the 100% that people might be led to believe from the companies’ net-zero or carbon-neutral pledges.

“We were frankly surprised and disappointed at the overall integrity of the companies’ claims” said Thomas Day of NewClimate Institute, one of the study’s lead authors. “Their ambitious-sounding headline claims all-too-often lack real substance, which can mislead both consumers and the regulators that are core to guiding their strategic direction. Even companies that are doing relatively well exaggerate their actions.”

Why it matters: Climate pledges and promises to reduce greenhouse gas emissions have been one of the more popular ways for companies to show their commitment to fighting climate change. But if those promises are empty, as this report claims, it can badly mar an organization’s values communications strategy.

Beyond specific climate issues, failure to meet your climate pledge undermines trust. Why should consumers believe that a company is doing the right thing when it comes to paying its workers, etc. if it fudges the numbers on environmental goals?