Many brands are leaning into Pride Month with thoughtful campaigns that provide value to the LGBTQ+ community, from resources for curated Pride travel itineraries to making donations to organizations like the Human Rights Campaign (HRC) that are working to combat restrictive anti-transgender legislation. Now, Burger King has announced that it will donate to the HRC for every one of its new chicken sandwiches sold:

during #pride month (even on Sundays 👀) your chicken sandwich craving can do good! we are making a donation* to @HRC for every Ch’King sold 🏳️‍🌈

The eyeball emoji also takes a subtle dig at competitor Chick-fil-A, which is closed on Sundays and whose CEO has donated to political campaigns against the marriage equality for LGBTQ couples, among other actions.

Burger King’s timely trolling of Chick-fil-A offers an artful example of how brand communicators can support a serious issue and emphasize corporate purpose while staying true to your brand voice.

Sponsors stand behind Naomi Osaka after dropping out of French Open

Since the No. 2 ranked women’s tennis player in the world Naomi Osaka dropped out of the French Open last week citing bouts of depression and anxiety over media interviews, several sponsors have released statements of support for Osaka’s decision and applauded her for prioritizing her mental health.

“Our thoughts are with Naomi,” Nike said in a statement. “We support her and recognize her courage in sharing her own mental health experience.” Sweetgreen tweeted that its partnership with Osaka “is rooted in wellness in all its forms.” And Mastercard tweeted: “Naomi Osaka’s decision reminds us all how important it is to prioritize personal health and well-being.”

The overwhelming sponsor support for Osaka’s decision highlights the importance of authenticity from your spokespeople, who are capable of championing positions around larger cultural conversations that your brand or company may not have an informed enough perspective to engage with on its own.

In addition to onboarding influencers and brand ambassadors who will live your brand values, consider working with those whose values reflect a position that your brand wants to take but may not know how.

Was your morning disrupted when an outage at cloud services provider Fastly caused multiple major websites to go down including Amazon, CNN and more? Internet access is an issue that poses big issues for some Americans.

According to a study by Pew Research, 30% of Americans report internet connectivity issues, a number that’s even higher among adults under age 49 (33%) and those with some college education (31%). 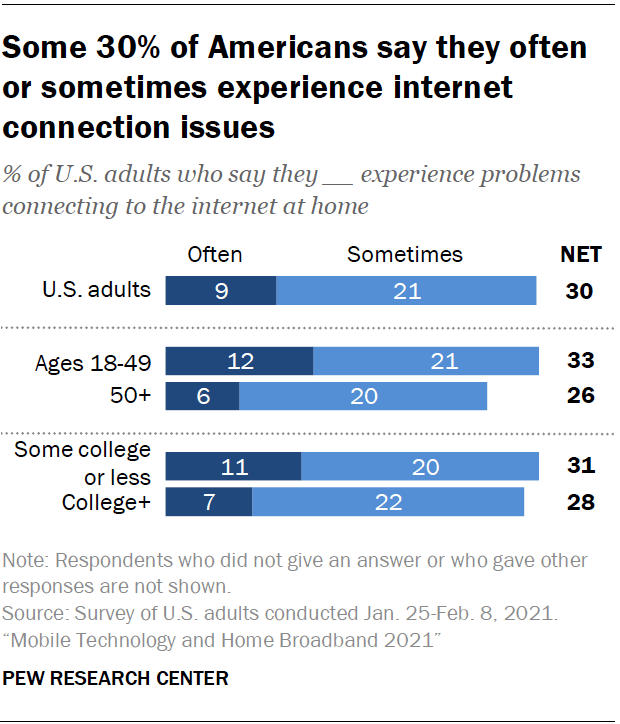 The fickle nature of internet access reveals how wide the digital experience gap truly is in the U.S, serving as a reminder that there is a disparity between online experiences for many. Keep this in mind as your messaging strategies evolve to embrace increasingly digital future and hybrid experiences.

Carnival Cruise Line has confirmed plans to resume sailing in July with a requirement that all passengers are vaccinated at least 14 days prior to sailing.

“We appreciate the progress and support for our U.S. restart from the CDC and other key federal agencies; however, the current CDC requirements for cruising with a guest base that is unvaccinated will make it very difficult to deliver the experience our guests expect, especially given the large number of families with younger children who sail with us.  As a result, our alternative is to operate our ships from the U.S. during the month of July with vaccinated guests,” said Christine Duffy, president of Carnival Cruise Line.

Carnival’s announcement came days after Royal Caribbean announced that vaccines would be optional, which led to much handwringing on social media. Meanwhile, Carnival teased the arrival of its new ship, the Mardi Gras, by taking its audiences on a literal journey as the ship made its way to port:

Carnival taking a beat before announcing its vaccine policy serves as a reminder that being first to make a decision in your industry isn’t always best. Sometimes providing value to your stakeholders means  biding your time to wait and see how your competitors respond to new business realities and market forces.

Apple has unveiled a handful of updates to its operating systems as part of its annual Worldwide Developer Conference including increased privacy controls, the ability to share music and streaming video over FaceTime and more. Included in the announcement is a feature allowing families and loved ones to share data from the iOS Heath app for the first time, with permission, including overall heart rate and mobility data that will send alerts if the feature detects any unusual activity such as a high heart rate or sudden change in mobility.

As part of the announcement, Apple stressed the need for increased communication around health and safety that has only become more pressing over the past 18 months.

“Many people around the world are caring for someone, and we want to provide a secure and private way for users to have a trusted partner on their health journey,” Apple chief operating officer Jeff Williams said in a statement.

Apple’s simultaneous push for privacy amid its launch of new features that promote the sharing of information serve as a reminder that your communication tools can offer new experiences without compromising stakeholder data and privacy concerns.

The Federal Drug Administration (FDA) has announced that it approved the first new Alzheimer’s drug in over two decades for patient use despite opposition from the agency’s independent advisory committee and multiple Alzheimer’s experts citing concerns about the drug’s effectiveness. In statements regarding the uncertainties, the FDA and manufacturer Biogen justified the uncertainty of the data by citing the urgent need for Alzheimer’s patients to combat mental deterioration.

“The data included in the applicant’s submission were highly complex and left residual uncertainties regarding clinical benefit,” the F.D.A.’s director of the Center for Drug Evaluation and Research, Dr. Patrizia Cavazzoni, wrote on the agency’s website. But, she said, the agency had decided to approve the drug through a program called accelerated approval, which is designed “to provide earlier access to potentially valuable therapies for patients with serious diseases where there is an unmet need, and where there is an expectation of clinical benefit despite some residual uncertainty regarding that benefit.”

Michel Vounatsos, Biogen’s chief executive, hailed the approval and said in a statement, “We are committed to sharing our future insights about Aduhelm with the scientific community as we collect more data from the real-world use of this treatment.”

The FDA and Biogen’s acknowledgment that their data doesn’t justify their decision serves as a reminder that there is still a tremendous knowledge gap for communicators that is evident when they craft language about measurement and analytics. Remember that your data is only as valuable as it is accurate.

When making a case with numbers, emphasize the methodology of your study, including sample size, confidence interval and more. If those numbers don’t draw the conclusion that you have reached, be sure to give a specific timeline outlining the next steps for research that will support or refute your conclusion and explain your willingness to change positions pending further insights.