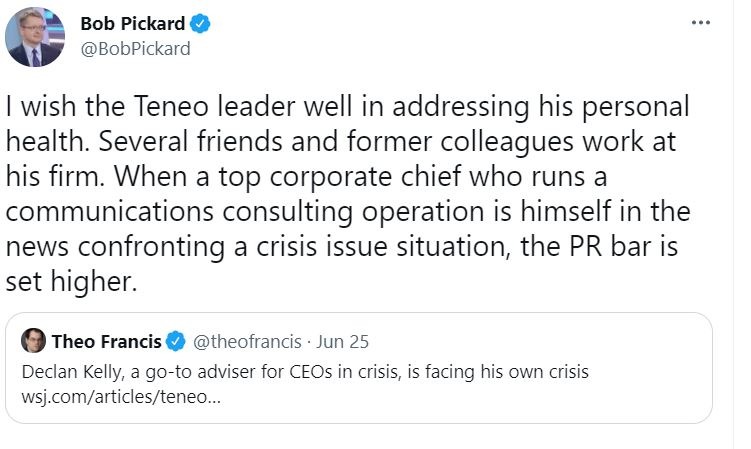 Facebook has launched its newsletter platform, Bulletin, with publications by featured authors including Malcom Gladwell, Tan France from “Queer Eye” and Dr. Raven the Science Maven. In contrast to newsletter platforms like Substack and Twitter’s Revue, Bulletin does not allow just anyone to create their own newsletter.

“We looked for creators with a diverse range of topics, perspectives and disciplines as part of a closed beta,” explained Facebook. “Some of these creators are writers and academics, while others are industry experts and public figures. We define ’independent creators’ as individual journalists or subject matter experts who are not contractually bound to write exclusively for a platform or publisher. We’ll take a careful approach to expanding availability to more creators over time, but we are not currently accepting new creators to Bulletin.”

Facebook’s head of news partnerships was quick to emphasize that Bulletin creators will own their own content:

Bulletin writers will keep all subscription revenue for the length of these partnerships, and have the ability to take their subscriber lists and content with them. We're committed to ensuring creators own their content and their relationships, not us.

Independent newsletter author Judd Legum was quick to point out that the Bulletin data policy collects more data than the main Facebook platform:

If you sign up for a newsletter using Facebook's new service, Bulletin, you agree to have your data harvested in all the ways Facebook typically harvests data PLUS Facebook will harvest "additional information" pic.twitter.com/nogk78Mqr9

Facebook launching Bulletin the day after winning a federal antitrust lawsuit serves as a reminder to consider optics when timing your major product announcements. Make the case for communications to have a hand in crafting or at least editing language around your company’s privacy policy, too, as increased audience concerns over data security and privacy can invite increased scrutiny of policies that impact your reputation.

Declan Kelly has stepped down from his role as CEO of global PR and crisis communications firm Teneo after reports surfaced of his drunken misconduct at a charity event hosted by Global Citizen this past May. Teneo began reaching out to clients immediately after a Financial Times article reported on the incident.

“On May 2, I made an inadvertent, public and embarrassing mistake for which I took full responsibility and apologized to those directly affected, as well as my colleagues and clients,” Mr. Kelly said in a statement. “A campaign against the reputation of our firm has followed and may even continue in the coming days. However, regardless of the veracity of any such matters I do not want them to be an ongoing distraction to the running of our company.”

“This is a friend of mine who definitely had a bad occurrence—and he has to deal with that, and he’s dealing with that as we go forward,” [Xerox CEO and Teneo advisor Ursula] Burns said Tuesday. She called Teneo a “good firm.”

Teneo’s board said in its statement that it “believes strongly in Teneo’s unique C.E.O. advisory model, global reach and ability to deliver differentiated value to our clients.”

The scandal reveals the deep culture crisis that businesses must still overcome on issues like sexual harassment and appropriate workplace behavior. After #MeToo, crisis communications must look to separate an organization’s reputation from that of leaders who fail to honor the respect and dignity of the people in their sphere of influence. While allies can help to mitigate a bad news cycle, referring to sexual misconduct or harassment as a “bad occurrence” will be unlikely to persuade any concerned stakeholders. 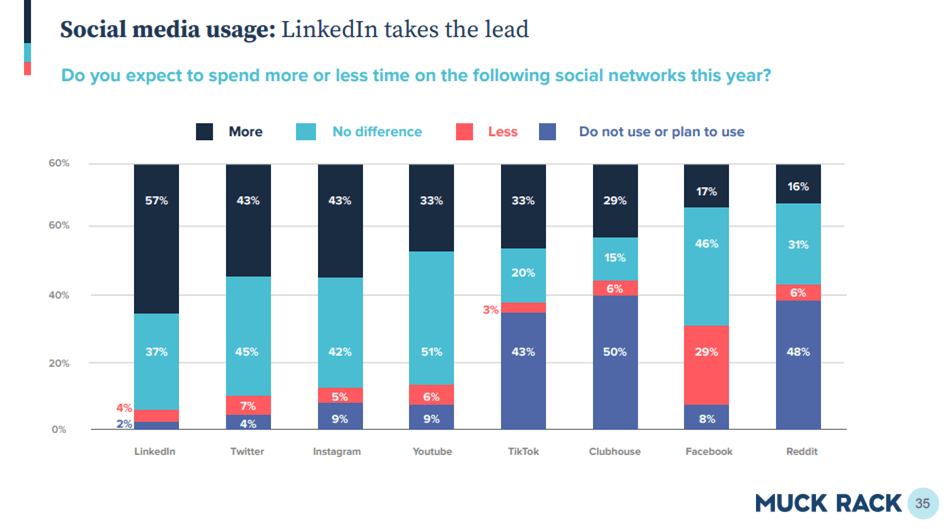 The increased use of LinkedIn by PR pros emphasizes how crucial career networking and thought leadership have become during this time of workplace transition. The increase in Twitter use suggests an emphasis on the importance of real-time communication amid constant change and a 24-hour news cycle.

The New York City Board of Elections has announced an error in its tallying of ballots from the state Democratic primary elections, claiming that test ballots included in its tally led to roughly 135,000 extra votes being initially counted. The board announced this discrepancy via a social post composed in what appeared to be the iOS Notes app:

And they didn’t even proof read it first. They deleted the original post of this. 🤦‍♂️

Some love was shown for the account’s social media manager, who responded with prayer hands:

Take note that the aesthetic considerations and design of your messaging are key contributor to the effectiveness of your communications. Presenting crucial information in a style or format that doesn’t fit with the urgency of the message, or the style of your organization, can undermine the intentions of that messaging and distract audiences from the big picture.

JPMorgan has announced its purchase of ESG investment platform OpenInvest, which allows its clients to create personalized portfolios that match up with changing investor values around sustainability issues.

“Clients are increasingly focused on understanding the environmental, social, and governance impact of their portfolios and using that information to make investment decisions that better align with their goals,” Mary Callahan Erdoes, CEO of JPMorgan’s asset and wealth management division, said in a statement.

“Through technology, it’s now possible, for example, to give people granular control over how their values are implemented,” [OpenInvest co-founder Conor] Murray said last week in an interview. “It’s not just whether or not you care about gender equality, but whether you want to tilt more towards maternity leave or gender pay gap or board compensation, any of the things that matter to the client.”

JPMorgan’s purchase of OpenInvest streamlines a corporations’ ability to quickly match its spending to the some causes and values that audiences care most about also highlights mounting pressure from the SEC for corporations to better explain the qualitative effects behind their quantitative sustainability benchmarks. Recent examples such as Lego’s recyclable bricks, Target’s sustainability program and Big Tech’s investments in renewable energy serve as a reminder that ESG communications are moving beyond investor reporting and increasingly becoming a sector that external stakeholders want to see organizations make demonstrable change in.

Walmart has announced plans to offer its own private label insulin treatment for patients with diabetes that the brand claims will cost customers 58% to 75% less than currently available products. The offering, which will be released as part of Walmart’s ReliOn brand, will include analog insulin vials and FlexPens for administering insulin doses and be available at Walmart pharmacies this week.

“We know many people with diabetes struggle to manage the financial burden of this condition, and we are focused on helping by providing affordable solutions. We also know this is a condition that disproportionately impacts underserved populations. With ReliOn NovoLog® insulin, we’re adding a high-quality medication for diabetes to the already affordable ReliOn line of products and continuing our commitment to improve access and lowering cost of care,” said Dr. Cheryl Pegus, executive vice president, Walmart Health & Wellness.

Walmart’s focus on cutting insulin costs positions the retailer as thought leaders in the health care space by marrying its longstanding brand promise to offer bargain prices with a hearty dose of social good, contributing to a larger national conversation. When seeking to become relevant leaders in a space outside your wheelhouse, consider the power of a strategic partnership with an organization that’s already established in the industry. Craft language that repeats key phrases (in this case, “affordable”) to emphasize the extent of your alignment.

Do you use any automated tools or tech to streamline your communications efforts, PR pros and communicators? #DailyScoop

Is there a question you’d like to see? Let us know by tagging #DailyScoop!

It’s been a while since the last Wednesday wellness check in. How are you holding up mid-week before the holiday weekend, PR pros and communicators? Share your best GIF answers and we will report the best of the best later this week.

It’s been a while since the last Wednesday wellness check in. How are you holding up mid-week before the holiday weekend, PR pros and communicators? GIF answers only, please. #DailyScoop

Reply with your current mood in and we’ll share the top vibes in tomorrow’s #DailyScoop.

One Response to “Crisis guru Declan Kelly steps away amid scandal, communicators flock to LinkedIn, and Walmart offers low-cost insulin”

Just as we pick the best doctors and lawyers we can find, baseball managers favor the best players and corporate executives want the very best PR advisors. So guidance from Declan Kelly and Teneo will be eagerly sought–and even cherished—in the future as in the past.

Any corporate executive or baseball manager who doesn’t want the best is a weirdo and weirdos in top jobs may not do well nor last long. When boards of directors decide on qualifications wanted from a PR firm or law firm, not many boards will require a firm whose top people never ever drank too much.